A STABLE FOUNDATION TO FULFIL ANY ASPIRATION 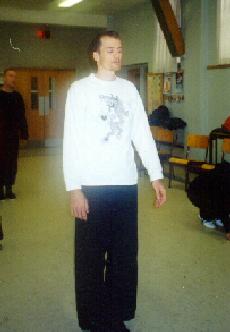 During one of the standing meditations in the Dantian Breathing course I had a wonderful experience. As I stood, I felt my body begin to merge with the space around me.

Thank you once more for coming to Toronto this summer. Rebecca and I enjoyed both meeting and practicing with you (Rebecca took the Chi Kung, and I took the Chi Kung and Dan Tian courses). I have never met someone who radiates such goodwill and health.

The courses were fantastic. The chi kung course helped me to understand a variety of chi kung "dances" that I had once practiced. The missing ingredient was the direct access to chi. Your emphasis on medical chi kung before the health practices (along with health before vitality and vitality before intellectual or martial emphasis) also furthered my understanding of chi kung.

During one of the standing meditations in the Dantian Breathing course I had a wonderful experience. As I stood, I felt my body begin to merge with the space around me. Beginning with my head and proceeding down my right side I began to experience my head, shoulder and upper arm as undifferentiated from the space around it.

Bit by bit, more of my body became as empty as the air around it and I could not distinguish where my body began. Disconcerted, I eventually left the meditative state, though had I been able to stay with it I am sure that it would have continued until the rest of my body was "empty".

I was awakened to new possibilities by your demonstration of the Art of One-Finger Shooting Zen. I sensed the power as it emanated from you and washed through me. This energy felt similar to the ripples created by a stone dropped into a pool of water. I was also inspired by your ability to control your emission of chi. Your ability to turn on or off this flow, to emit or not to emit, was fantastic.

I would like to invite you to New York City. I have considered this at length and I would be honored to host you here in New York City for a Chi Kung series. I currently host other teachers of Chinese martial arts and believe that I would be able to generate a great deal of interest in your teachings. I have spoken to Eugene Siterman about this and would coordinate with him so that we could introduce prospective students to your books and website, prior to the seminars.

I realize that you are extremely busy. Perhaps next summer, before or after your Toronto trip, would be most convenient for you. The flight from Toronto to New York City is approximately one hour and 30 minutes. If you are interested, please do let me know of your requirements so that I may discuss these with my wife and begin the planning process.

I also invite you to visit my website at www.artemis-seminars.com. After a local series there may be the opportunity for some of your instructors to teach (Anton Skafar and I have discussed him teaching, and of course Anthony Korahais as well, should he decide that he is ready).

Below I have included some personal training questions that have arisen since the course.

I appreciate your time and wish you continued abundance.

Jai Bhagwan Sifu
(Sanskrit: "I honor the light within you") 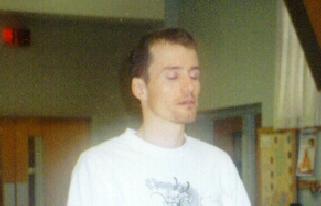 It was a pleasure to receive your e-mail and it is a greater pleasurer to reply to you, though I would like to apologize for not writing earlier.

I am glad that you and Rebecca have found the Toronto course rewarding. The chi kung exercises you have learnt earlier will not be in vain, because now you can apply the skills that you have learnt in Toronto to enhance your earlier practice.

Congratulations for your wonderful experience of merging with the cosmos. In Zen terms, that was a "satori", or a spiritual awakening -- a direct experience of cosmic reality even for an endless moment. Many people today would not think that is possible.

Although I have taught private lessons in the United States, I have not conducted public seminars there. Thank you for inviting me to New York City. I hope that from there we may spread the wonderful Shaolin arts to more people in the United States. Both Anton and Anthony will be good instructors.

The "Small Universe", called the "Micro-Cosmic Flow" in some other schools, is a wonderful art. Although many people have requested me to teach it, I still have not done so in public. This is because unlike in other kinds of chi kung like "Generating Energy Flow" and "Dan Tian Breathing" where I can help students to achieve tangible result during the course itself, I may be unable to do in the "Small Universe". Nevertheless, I have improved my teching methodology considerably, and may offer this course to advanced students in Malaysia in the near future.

The method we use in Shaolin Wahnam, as described in my book, is via "Abdominal Breathing", "Submerged Breathing", "Long Breathing", "Forceful Small Universe" and "Gentle Small Universe". By using this method we may shorten the training time from many years to many months, but the "power" derived is considerably less. Nevertheless, I would strongly advise against anyone to attempt the "Small Universe" on his own without proper supervision, as the risk of harmful wrong practice is high.

Traditionally, Taijiquan training was "from soft to hard" and Shaolin training "from hard to soft". Taijiquan exponents paid more attention to the Three-Circle Stance because the nature of the stance training generated chi flow, whereas Shaolin exponents emphasized the Golden Bridge because, relatively speaking, its training consolidated chi, which is referred to as "jing".

Time is not wasted nor harm accrued if one trains Golden Bridge while practicing Taijiquan or Three-Circle Stance while practicing Shaolin Kungfu, but that would not be the best use of time and effort, although he still can be very powerful.