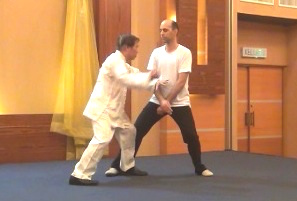 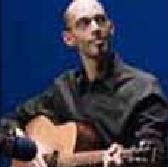 Now, to be very honest, I did not know a great deal about Wuzuquan. I was primarily interested because the timing worked perfectly to have a course with Sifu (I used to joke that Sifu could teach a course about cleaning bathtubs and I would probably go - thankfully this one course did not involve bathtubs). However while researching a bit more about Wuzuquan itself, I became very intrigued. Both the simplicity of the San Zhan set and the fact that it had been untouched for so long triggered my curiosity.

I also faced another obstacle: I used to think that it was not very important to learn many different styles or sets. I actually remember how after learning the 16 basic combat sequences I thought I would never need anything else.

Well, I am very grateful I got over this one, because thanks to this particular course I understood much better why both depth and spread are important. The course introduced many concepts I was not aware of (Kneading hands being one of them - as demonstrated by Roland Siheng and Jeffrey Siheng in the video), and it was fascinating to see how the skills got integrated in areas where my own Kung Fu was lacking. It made me appreciate Sifu's vision and his work with our school to quite a new level, and I was extremely grateful for having the privilege to study with Sifu and my Brothers and Sisters.

I used to wonder why we might need to be exposed to many sets or styles. What the course helped me to understand is that a certain style might "talk" to us and bring us skills that we wouldn't otherwise acquire. I guess it would be like a Zen master finding many ways to change a student's paradigm. One of them would work.

So, I learned that having the opportunity to learn, say, Praying Mantis, Baguazhan, Iron Wire, Triple Stretch or in this case Wuzuquan from Sifu is a precious gift, and not a "distraction" or just a little addition as I would have mistakenly thought in the past. And having the opportunity to learn these arts in the environment of our school, with the support of the Family, is even rarer. It was wonderful to cross hands with so many Brothers and Sisters, with mutual respect and great care for each other. Thank you to everyone for the many learning opportunities, and of course thank you Sifu for the privilege to learn from you!

With much love and respect, 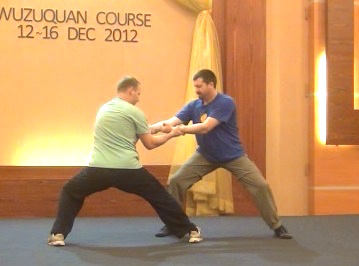 The above discussion is reproduced from the thread Discussion: Wuzuquan Kung Fu Course in the Shaolin Wahnam Discussion Forum.