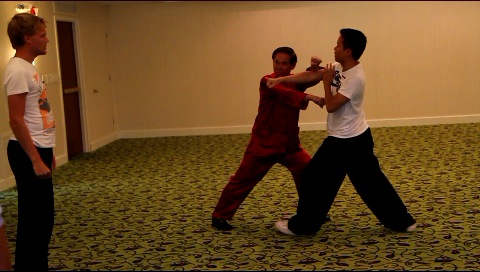 The Tai Chi Chuan Festival in St. Petersburg was just as every bit amazing as the Legacy of Bodhidharma course in Las Vegas. Of course, the emphasis has now shifted to Tai Chi Chuan.

Since I took every course again, I will give a quick summary of the courses. This post is essentially a continuation of my experiences from Vegas the week prior.

I would like to reiterate this again - every time Sigung walks into the room, I am overwhelmed by his powerful chi field. His presence alone is enough to generate such a deep and powerful energy flow. There really is nothing much to say except that my chi flow skills were yet again enhanced in all classes.

Cosmic shower was awesome. It was similar to Bone Marrow cleansing on the skin level; however, the emphasis now was on the entire body and spirit.

Abdominal Breathing forced some bitter air out of my mouth that was quite interesting. My dan tian became quite palpable when it was expanding outwards.

Merging with the Cosmos again brought my Flicking Fingers skills to a higher and powerful level. It is just so... powerful! When we expanded into the cosmos and came back to bless someone, I again broke down into tears (which doesn't normally happen).

ALL courses were amazing. Those who attended should now know that Tai Chi Chuan is:

The skill emphasis on waist rotation, chi flow, and fa-jing were real eye-openers to me. These classes have definitely brought my martial arts up to a new level.

The biggest surprise to me was the super effectiveness in using one of the Wahnam Taijiquan combat sequence to overwhelm a freestyle sparring opponent (i.e. boxer, karate/TKD exponent).

Let me tell you something - it works provided that your internal force, timing, spacing and speed are in harmony. I was not good at this at all. But by Day 4, I saw some minor marginal improvements. Sigung said to imagine what you would be like if we were to practice this just one sequence daily for 6 months.

Thank you Siheng Chris and Christina for hosting Sigung in Florida to spread the wonderful arts. Thank you Sigung again for teaching the arts to the public. Kung fu and qigong will be restored to its full glory one day thanks to the endless efforts of masters like you. 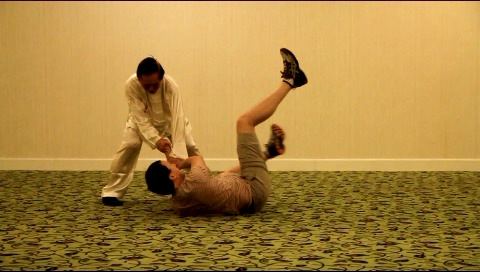 Grandmaster Wong explains how to apply Taijiquan for combat