MANIFESTING THE SPIRIT OF VARIOUS ANIMALS IN TAIJIQUAN 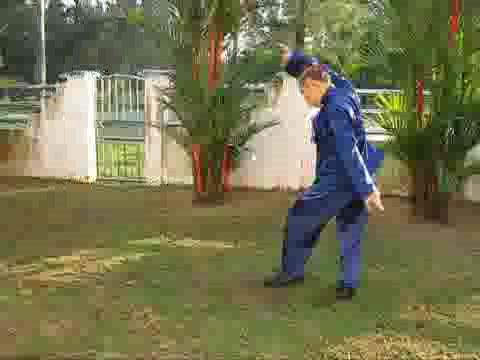 Wudang Taijiquan manifests the spirit of the Dragon

As a beginner in our school I don't know much of the program for advanced students but I read here in the forum and in the website that advanced kungfu students make a decision about their specializations, i.e. choose an animal spirit/set to manifest in their kungfu.

If I understood well some sets and patterns can manifest the animal spirit better than others. Hence somebody specialized in Dragon Force could theoretically manifest the Dragon in any pattern and more or less so with other animals (I hope I am right despite my low understanding).

On the other side, the Dragon can be manifested best in Tajiquan. One can think that the Dragon spirit is or should be present in a good Taijiquan practitioner. Then here is my humble question:

I wonder if other animals can be manifested effectively by doing Taijiquan (Tiger, Crane, Monkey, etc.) and how that can affect the practitioner of a set like Cloud Hands or any other Taijiquan set in our school in terms of combat efficacy, energy development and spiritual joy.

When we first introduced the selective sets in 2005 we called them special sets, but later changed the term to selective sets for reasons which will be explained later.

When the selective sets were first taught, they were called special sets because they were not taught in our normal syllabus. This led to the misconception of practicing these sets as specialization.

But specialization in the sense of choosing a special set to have a deep understanding and practice of the set to attain an expert level was not the intention when these sets were first introduced. The intension was to give our students opportunities to practice classical sets after they had learned basic sets which were composed by me to meet expedient needs. To rectify the misconception we changed the term frem “special sets” to “selective sets”.

Examining the examples above given for selective sets shows that in the progress after their basic training, advanced kungfu students do not necessarily select sets that manifest certain animal features. If they select sets like Dragon-Tiger, Eagle Claw and Monkey Set, their sets do manifest features of the dragon, tiger, eagle and monkey. But if they select sets like Shaolin Tantui, Siu Lin Tou and Twelve Fists, their sets do not reflect any special animal features.

Yes, you are correct in saying that some sets and patterns can manifest certain animal features better than others. For example, a set like Tiger-Crane obviously manifests the features of the tiger and the crane better than sets like Tantui, Eagle Claw and Cloud Hands Grasp Sparrow. In fact, it is for this reason that the set is called Tiger-Crane.

A pattern like “Swimming Dragon Plays with Water”, which may not necessarily be found in sets that specialize in the dragon form, obviously manifests the features of the dragon better than patterns like “Black Tiger Steals Heart”, “Cross-Road Separates Gold” and “Low Stance Vertical Punch”.

But whether this transfer of a special animal feature to another pattern or set is advantageous or otherwise depends on how skillful a practitioner is. If he has the benefit of spread and depth, like students in our school, this transfer is advantageous. For example, while applying “False Leg Hand Sweep” which manifests the features of a crane, he may use Dragon Force. While performing Triple Stretch, which manifests the features of a tiger, he may use the swerving movement of a dragon to his advantage.

But if he is not sufficiently skillful, the transfer will distract from the effective of the pattern or set. The negative transfer may render his pattern, “False Leg Hand Sweep”, manifesting neither the dragon nor the crane. By adding dragon features to his Triple Stretch which manifests the features of a tiger, his performance of the set may have neither the ferocity and power of a tiger nor the presence of mind and fluidity of a dragon.

Yes, the dragon spirit should be present in a good practitioner practicing Wahnam Taijiquan. He radiates an invisible but discernable force. In other types of Taijiquan, practitioners focus more on energy flow and elegant movements, which are characteristic of the snake and the crane.

Features of other animals can be effectively manifested in Taijiquan too. Besides skills as mentioned above, whether the transfer of these features to Taijiquan is advantageous or disadvantageous depends on a few other factors too.

There is no need to transfer the features of the crane from elsewhere into Taijiquan. Taijiquan itself has crane features.

Although it is gentle and granceful, Taijiquan especially Wahnam Taijiquan, is majestic. Transferring the playfulness and trickiness of the monkey to Taijiquan will distract from his majestic

The negative transfer affects not just the form of Taijiquan, but also its combat efficiency, energy development and spiritual joy.

Taijiquan practitioners are noted to be relaxed, elegant yet forceful, which manifest the qualities of the crane, snake and dragon. If the ferocity of the tiger, strength of the leopard, playfulness of the monkey, aggressiveness of the eagle, or the deceptiveness of the praying mantis interfere with the spiritual cultivation of these Taijiquan qualities of being relaxed, elegant yet forceful, these spiritual joys may be affected.

But we in Shaolin Wahnam are different. We change disadvantages into advantages, setbacks into opportunities – not just in Taijiquan but more significantly in daily life. The selective sets add breadth and depth to our development.

Because of our many advantages that other practitioners may not have, such as our sound understanding of kungfu philosophy and magic of chi flow, we can manifest the features of other animals into Taijiquan when desirable, not only without distracting from the original benefits of Taijiquan but also enhancing them.

Hence, when we use Immortal Waves Sleeves to deflect an opponent’s powerful strike, we can be very powerful too without distracting from the circular movement of the snake. When we generate energy flow using the flow method, we can also consolidate the flowing energy flow into internal force using the force method.

All these wonderful benefits are not only made possible but also attained better and faster with our selective sets. Such a development in our school may not be unprecedented in the whole of kungfu and chi kung history but is certainly rare. 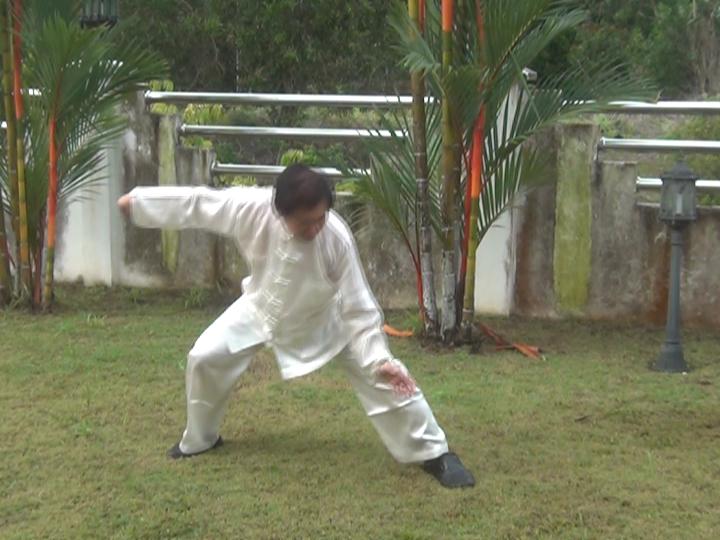 Yang Style Taijiquan manifests the spirit of the Snake