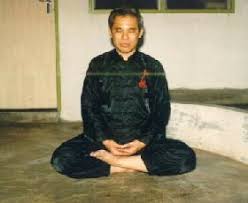 Before the universe was discovered using telescopes, how were past kung fu masters able to discover its existence? Did they just sense it using their chi, or project the ethereal body outwards during meditation?

Some of these great masters might travel outside their physical body in their astral body and discovered some aspects of the universe not known to ordinary people. But most of them (their number was small compared to the total number of people who practiced kungfu, chi kung and meditation) discovered many interesting aspects of the universe while in deep meditation. In other words, they did not project themselves out of their physical body, but their mind or spirit expanded beyond their physical body to cover limitless or almost limitless time and space.

Many of their discoveries were later confirmed by modern science, and still many are not understood or acknowledged by scientists yet. For example, a great chi kung master, Zhang Dai, discovered that the universe is actually a ball of energy, and that energy and matter are inter-changing all the time — long before Western science was born. Lao Tzu, the Patriarch of Taoism, talked about the transformation of the phenomenal world from the Great Void, as well as what modern scientists would describe as electrons, protons and neutrons. Taoist and Buddhist masters discovered living beings like natural spirits, faries and gods in other realms of existence.

The knowledge of the universe shared by the Buddha in sutras (Buddhist scriptures) is simply mind-blowing. It ranges from the infinnitestimal sub-atomic particles to the infinite galaxies, as well as non-physical entitites like mind and energy. Modern science has only re-discovered a very small portion of this vast knowledge, like the compositon of the atom and the operation of the subconscious mind.