THE 4 STAGES OF ENLIGHTENMENT 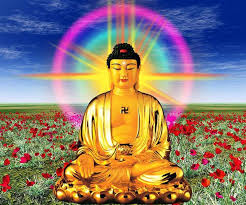 There are quite a lot of such writings in classical Chinese which would otherwise be unintelligible to most people (even though they understand classical Chinese) if not for the commentaries and explanations of other great masters. The three works that have helped me tremendously, for which I am forever grateful, are the Heart Sutra of Bodhisattva Avalokitesvara (known as Guan Yin Bodh Satt in Chinese), the Platform Sutra of Hui Neng, the Sixth Patriarch, and “Awakening of Faith in Mahayana” by Bodhisattva Asvaghosha.

The term “enlightenment” as used in Buddhism is different form the meaning of “enlightenment” as it is normally used in English. In ordinary English usage when we say a person is enlightened, we mean that he has an intellectual understanding of the situation or topic in question. In Buddhist context, an enlightened person discards all intellectual activities and directly experiences that he is actually the whole cosmos.

It is significant to note that all realization of enlightenment, or of any spiritual attainment, is experiential, not intellectual. In other words, now you know that the so-called objective world is actually an illusion. Your knowledge is only intellectual. You know this great cosmic fact because you learn it from the masters and you accept their teaching. But you do not have any direct experience of this fact.

To all intent and in all circumstances, you experience that the chair you are sitting on is solid, that the person you touch is made of flesh and bones, although intellectually you know and can accept the fact that all the atoms that make up the chair and the person are actually empty. Therefore you have not attained the first level of enlightenment. You are not even awakened, although you may be intellectually informed.

Awakening and enlightenment are different. When a person is awakened, he realizes that the phenomenal world in which he has hitherto been deluded to regard as absolutely real, is actually an illusion of transcendental cosmic reality. This realization comes from direct experience, not from theoretical learning or intellectualization.

The ultimate aim of all Buddhist cultivation is to attain enlightenment, called variously as nirvana, bodhi, Buddha Nature and Original Face. There are many different approaches, and it takes a long time, usually countless lifetimes. But in Zen, which is one of the main approaches, cultivators may attain enlightenment in an instant.

But for most people that instant of sudden enlightenment may take a very long time to ripen. Hence, not everyone is suitable for Zen cultivation. For those people other approaches, like cultivating blessings, reciting Buddha's name, or vispasana meditation, may be more appropriate.

Before a person devotes time and effort to his cultivation, he must be very sure that the teaching he accepts is true and the methods he uses are effective. Consistent direct experiences of the truth will disperse his doubt and confirm his faith. Such a direct experience is an awakening. But there may be a long way between awakening and enlightenment.

The above is taken from Question 3 Sept 2002 Part 1 of the Selection of Questions and Answers.