BENEFITS OF TAIJIQUAN THAT OTHER MARTIAL ARTS DO NOT HAVE 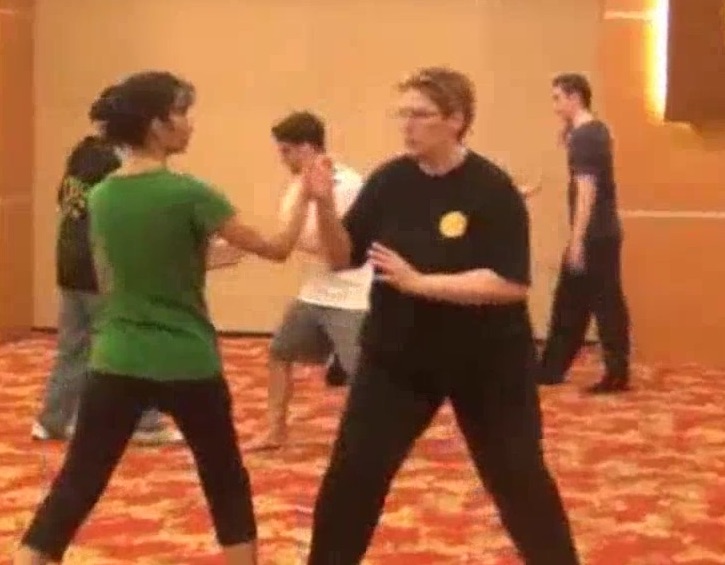 You also have said that Taijiquan is a wonderful martial art? Can you please tell us what wonderful benefits Taijiquan has that other martial arts do not have?

The word "quan" in "Taijiquan" denotes that it is a martial art. Literally "quan" means "fist". Here, it figuratively means "martial art" or "kungfu".

But unlike many other martial arts, Taijiquan is gentle. Indeed, the more relaxed a practitioner is, the more efficient his combat will be. This is interesting. In Taijiquan, if you are tensed or agitated, your combat efficiency will be affected.

Secondly, combat efficiency in Taijiquan deos not depend on size, age and gender! In many other martial rts, if you are bigger, younger and a male whereas your opponent is female, you have obvious advantages. But this is not so in genuine Taijiquan. You may be smaller in size, older, and female, yet you can defeat an opponent who is bigger, younger and male.

In other words, when Zhang San Feng, the First Patriarch of Taijiquan, taught his Wudang disciples the art that later evolved into Taijiquan, the main aim was to attain the Tao. When Bodhidharma, the First Patriarch of Shaolin Kungfu, taught the Shaolin monks the Eighteen Lohan Hands which later evolved into Shaolin Kungfu, the main aim was to prepare them for Enlightenment.

The above is taken from Question 4 July 2017 Part 3 of the Selection of Questions and Answers.