HOW TO PLAN A TRAINING SCHEDULE

Students, expecially at beginners' level, should include stance-training, including moving in stances, in their daily training schedule

I believe I heard somewhere that you prefer to have a structured, daily schedule. Can you please talk about the importance of having a daily schedule and any tips that may help us successfully implement and stick with our own (especially tips for handling disruptions such as travel or unexpectedly having to work late)?

Yes, having a structured daily schedule will help to save much time as well as to get maximum benefits from the practice, both in the practice session itself as well as the general programme of training.

Experience has shown that many students waste a lot of time thinking of what to practice next after they have completed one aspect of their training. Because they lack a clear cut schedule, they often practice haphazardly, spending too much time on what is relatively unimportant, neglecting crucial aspects as well as training redundantly.

For example, many students spend years on practicing kungfu sets, without developing force and practicing combat application, which are the two twin pillars of any kungfu training. Yet, after many years of practicing forms, their forms are not correct because they failed to master the basics like how to co-ordinate their body, feet and hands, and how to move with grace and balance.

Having a structured schedule will overcome these setbacks. But before we attempt to work out our schedule, we must have a clear idea of what the art we are going to practice is, what our aims and objectives of practicing are, and what resources we have to work on. Without such preliminary understanding, many people end up with form demonstration or Kick-Boxing though they originally aimed to practice Shaolin Kungfu or Taijiquan. Some of them, including instructors, have invested so much time and effort in their deviated practice that they even think or argue that form demonstration or Kick-Boxing is Shaolin Kungfu or Taijiquan!

Allot time, say half an hour or an hour, for each training session, and give yourself, say, six months as a package to achieve your objectives. Your daily practice schedule may be the same every day if you have sufficient time in the session to complete the chosen material, or you may vary your daily schedule if you have a lot of material to cover.

Naturally, because of different needs and aspiration as well as developmental stage, different practitioners will have different schedules. Let us take an example of a student who attends regular classes from a Shaolin Wahnam instructor. He aims to have good health and vitality as well as combat efficiency. A good daily schedule is as follows.

Then practice a kungfu set. If he has learnt many sets, he may vary the set on different days. Depending on his needs, aspirations and developmental stage, in his set practice he may focus on correctness of form, fluidity of movements, breath control or explosion of force. This will take about 10 to 15 minutes.

For the next 10 or 15 minutes, he should practice his combat sequences. He may go over all the sequences he has learnt or select those he wishes to consolidate. He will practice them at the level he is at, such as merely going over the routine so that he will be very familiar with them, using steps like continuation and internal changes, or varying them in sparring with an imaginary opponent. He will conclude his training session with 5 or 10 minutes of Standing Meditation where he enjoys inner peace or expands into the Cosmos. 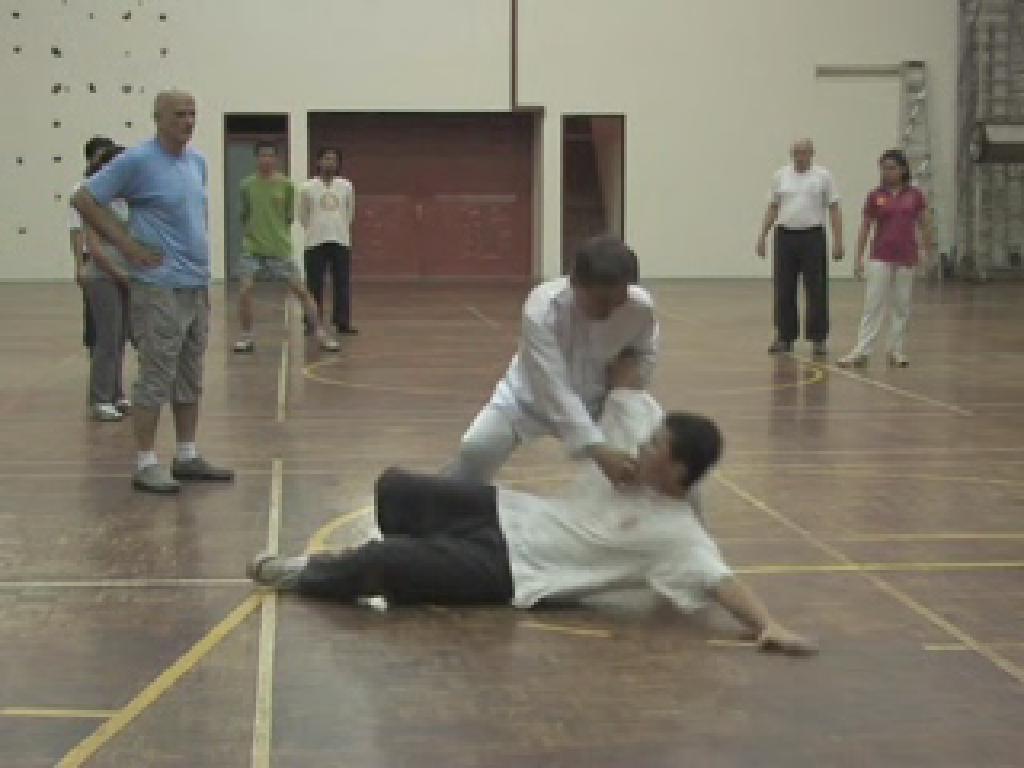 If your objective is to prepare yourself for an Intensive Shaolin Kungfu Course, you should include combat sequences in your daily schedule


Another student who does not have the advantage of learning from a regional Shaolin Wahnam instructor, may have a very different daily schedule. Suppose he wants to attend my Intensive Shaolin Kungfu Course, but could not learn kungfu, even only outward forms, from a local teacher. So he has to learn the forms from my books, and familiarize himself with the combat sequences from my webpages.

His main aim is to prepare himself so that he can qualify to attend the Intensive Shaolin Kungfu Course. He has three main objectives -- to be able to perform basic kungfu forms so that he can follow the course, to be familiar with the routine of the 16 combat sequences so that he can focus on developing combat skills instead of wasting time learning the sequence at the course, and to develop some internal force, especially at his arms, so that he can be fit for a lot of sparring. He allots half an hour a day for three months to achieve these objectives.

He should spend the first month focusing on the basics, i.e. the stances and footwork and basic patterns, and the other two months on familiarizing himself with the 16 combat sequences. Force training, including the Art of Flexibility, should be carried out throughout the three months.

He spends about 5 minutes on “Lifting the Sky” which he can learn from my books. He will probably not have any chi flow. For the first two weeks, he focuses only on the stances. He spends about 20 minutes learning how to perform the various stances correctly. At this stage, he needs not, and should not, remain at each stance for any length of time. In other words, this stage is not for zhan-zhuang, or remain at a stance for some time. His task is to be able to perform a stance, for a few seconds, correctly. Within two weeks he should be able to learn the correct positions of the stances quite well. For the remaining 5 minutes, he practices the Art of Flexibility.

For the next two weeks he focuses on moving in stances and performing basic patterns. By now he should be able to move into any stance correctly, though he may not be able to remain at the stance for long. He begins the session with about 5 minutes of “Lifting the Sky”. Then he spends another 5 minutes on performing all the stances correctly. The emphasis is on correct form, and not on remaining at the stance to develop force. Next, he spends about 15 minutes to learn how to move correctly in stances and to perform basic patterns. He should pay careful attention to waist rotation and body weight distribution so that he can move gracefully and without hurting his knees. He concludes the session with the Art of Flexibility. By the end of the month, he should be able to perform basic patterns in proper stances correctly.

For the next two weeks, he focuses on familiarizing himself with the 16 combat sequences as well as developing some internal force. He starts his session with stance training. Now, as the postures of his stances are correct, he focuses on remaining at a stance for as long as he comfortably can. This will take about 5 to 10 minutes. For the remaining 20 minutes, he practices the 16 combat sequences, starting with one and progress to all the others. He needs not worry about force and speed. His concern is to remember the routine of the sequences and perform the patterns correctly.

Hence, if he follows these schedules for three months, he will be well prepared for the Intensive Shaolin Kungfu Course even though he might not have any kungfu experience before. On the other hand, someone who may have learnt kungfu for many years, where he only learns external kungfu forms, is ill prepared. This is a good example of cost-effectiveness. The smart student knows what he wants and plans his practice accordingly, whereas the mediocre student practices haphazardly without direction.

The above is reproduced from Question and Answer Number 1 of the May 2007 Part 2 issue of the Question-Answer Series.

Please e-mail your questions to Sifu Wong Kiew Kit stating your name, country and this webpage for reference. E-mails without these particulars may not be answered.