INSIGHT AND PRACTICE IN ZEN 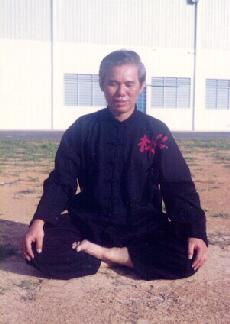 Bodhidharma’s approach to the Way can be classified into two methods. In one of his famed teachings in China, he spoke of these two kinds of entry to the Way. They are

Bodhidharma is regarded as the founder of Zen. Zen originated in India. The Buddha, i.e. Siddharta Guatama, born in 563 BCE although some sources regarded his birth at 480 BCE, was the first Patriarch of Zen in India, and through 28 successors it was passed on to Bodhidharma, who brought it to China.

The four practices taught by Bodhidharma are

Because of insufficient understanding, some people think that Buddhism is fatalistic or nihilistic. This is wrong. Joy is a very important aspect in Buddhism. No one could be more joyful than the Buddha when he was a prince in his father’s place. In fact the aim of Buddhism is to find everlasting joy in Enlightenment. But to live in the phenomenal world is suffering when compared to the everlasting joy in Enlightenment.

To Unite with the Way is to attain Enlightenment, i.e. to be experientially enlightened that there is nothing or just a spread of universal energy without any differentiation. In religions terms it is unity with God, or to attain Tao, or to be liberated.

In Shaolin Wahnam we accept this four-step approach, but we may not give it our top priority. Ours is a kungfu and chi kung school, not a religious or spiritual center. As we still live in our phenomenal world, we use kungfu and chi kung to enrich our phenomenal life. We have good health, vitality, longevity, peak performance and spiritual joys. When we are ready, i.e. when we want to merge with Cosmic Reality, called variously as God, the Buddha, or Tao, this four-step approach, or by whatever name we call our religious or spiritual cultivation, is excellent.