METAPHYSICS OF THE SAHA WORLD 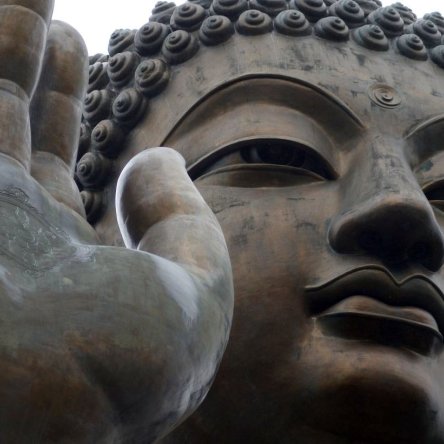 I was confused by this statement because the known universe that humans are able to observe is much more than just our solar system. Wouldn't the Saha world encompass all of the stars in our galaxy and all of the distant galaxies that astronomers observe as well? Is there something that I have not understood?

In Buddhist cosmic terms, the Saha world is just like a grain of sand along the beaches of River Ganges. It is amazing that the Buddha taught about this cosmic fact centuries before highly civilized Greeks thought the sun moved across the flat earth.

But when we talk about the Saha world, we talk at a metaphysical level, that is beyond the physical as modern science understands it. For example, when you look around you, there are literally countless sentient beings sharing the same space with you. Some of these sentient beings, like micro-organisms, belong to our physical world that modern science understands. You can see them with the aid of a powerful microscope.

But there are also beings that you cannot see, even with very powerful microscopes, and whom modern science does not understand. Some examples are ghosts, nature spirits, fairies, titans and gods. They exist at the same space and time as we do, but because they vibrate at very different frequencies, we normally do not see them.

Once when I was returning home from an oversea teaching tour, layers of clouds covered the land where the plane was about to land. As I looked through the window in the plane, I could only see white clouds. Then the clouds parted and I could see the scenery below.

In the same way a ghost hovering in space would not see our earth. Our earth and all the myriad things on it would be his “atmosphere”. He would see ghostly dwellings and ghostly scenes as well as ghostly beings, and all these exist at a space which we would call “underground”.

But just as we are not normally aware of ghosts who exist in our underground, and gods who exist in our atmosphere, they too are not normally aware of us. To gods, we live in their underground, and to ghosts, we live in their atmosphere. Interestingly, scientists are beginning to suspect there is much more to what they can perceive at a physical level. They call all these shadow matter.

Our earth, with its different metaphysical dimensions, is only a part of the Saha world. Our Saha world is only a minute part of our galaxy, and there are countless galaxies in our universe. One such world that exists many light-years from us in a distant galaxy that we know quite well is called Sukhavati, or Happy Land, but is better known to us as the Western Paradise. The Buddha residing there is called Amithaba Buddha, who is different from the Buddha of our Saha world who is Shykamuni Buddha (or Guatma Buddha).

The above is taken from Question 2 of November 2006 Part 2 of the Selection of Questions and Answers.