THE HIGHEST ATTAINMENT IN KUNGFU IS IN THE MIND 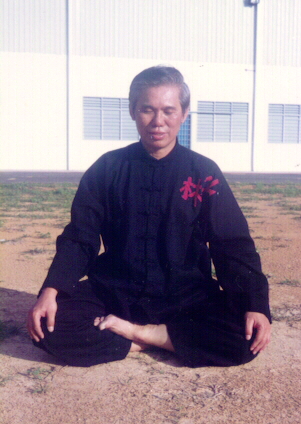 Meditation, or training of mind

I would like to put before you another quotation I have learnt, that is, “ultimate mastery comes not off the body, but off the mind.” This means that whatever art you practice, you must seek the unification of mind and body (which all arts emphasize) and this possibly leads to one becoming the best martial artist.

Do you really understand the quotation “ultimate mastery comes not off the body, but off the mind”? It does not necessarily mean “that whatever art you practice, you must seek the unification of mind and body”.

Do you really understand what unification of mind and body means? Do you even know what mind is?

It is not true that all arts seek unification of mind and body. In fact most arts, including most martial arts, pay attention only to the body; some even deny the existence of mind.

Like you, most people merely know the dictionary meanings of these words. You would not know their real meaning — the meaning the words intend to convey — unless and until you have direct experience of them. A proverbial example is the mango. If you had not eaten a mango, you would never know how a mango taste, no matter how much you might read about its taste.

Some Chinese martial arts, like the internal styles of Bagua and the more external style of Hoong Ka, pay some attention to the mind in passing. The mind is involved in developing internal force, where it is often called “yi”, which is usually translated as “will”.

Most other martial arts, including Chinese styles like Wing Choon and Choy-Li-Fatt and non-Chinese styles like karate and taekwondo, pay little or no attention to mind. When these exponents talk about mind, what they usually mean is mental focus or intellectual reasoning, which are very different from the concept of mind in Shaolin, Taijiquan, Bagua and Hoong Ka.

Virtually all Western martial arts, like Western boxing and wrestling, deny the existence of mind as it is conceptualized in Eastern tradition. If a Western boxer or wrestler ever says “use your mind”, he means “use your head to think”. In Eastern concept, the mind is very different from the head.

Hence depending on their background and experience, as well as the context the quotation is used, “ultimate mastery comes not off the body, but off the mind” may mean differently to different martial artists. To many karate exponents in Western societies it may mean that to have the best result in karate, one has to be mentally focused on his action, which is another way of saying to seek a unification of mind and body.

This will be superficial to Bagua and Hoong Ka exponents. Being focused is a pre-requisite, not the ultimate mastery. If you cannot be focused, you may have fun in martial sport, but cannot be competent in a serious martial art, for you may lose your life.

So, what does that quotation mean to Bagua and Hoong Ka martial artists. It may mean that if you only use your physical body in training or in combat, your achievement will be limited by physical factors like age and size, but if you use mind you can surpass these physical limitations. Hence your opponent may be a muscular mass at 20, and you may be a fragile-looking woman at 80, yet you can be more powerful than your opponent. Such an idea is quite unthinkable in karate, but accepted as fact in kungfu.

A genuine Shaolin or Taijiquan master will interpret the quotation at an even higher level. Your quotation is similar to the common kungfu saying that “the highest attainment in kungfu is in the mind”, which is often mentioned but seldom understood. At the highest level, it means all the training leads to the liberation of mind, called Enlightenment in Shaolin, and attaining the Tao in Taijiquan. Some Japanese karate exponents may have an inkling of its meaning, but most Western karate exponents will have difficulty understanding what that really means.

The above is taken from Question 12 of April 2002 Part 2 of the Selection of Questions and Answers.