THE HUGE DIFFERENCE BETWEEN SHAOLIN KUNGFU AND KARATE 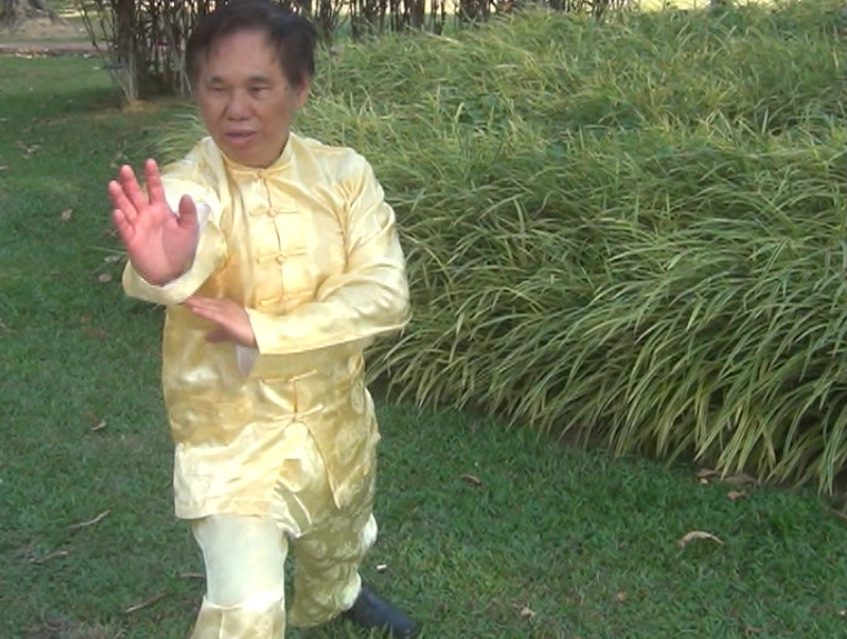 I have always wondered which was better kung-fu or karate. You answer that quite vehemently. What of kung-fu enables it to be better? Is it the smooth, circular motions compared to the straight forwardness of karate?

My answer is only my opinion, and as I am speaking from the perspective of kungfu it is naturally favourable to kungfu. To be fair, you have to seek the opinions of karate masters.

There are many styles of kungfu, and I shall use for comparison what I consider the best style, Shaolin Kungfu. What is said about karate below may also be applied to most other martial arts like taekwondo, kickboxing and judo.

It is significant to point out that here we are concerned with comparing kungfu and karate as arts, and not debating whether kungfu or karate exponents are better fighters. In fact I believe that most students who have practised kungfu for many years are no match against karate students who have practised for a few months. The reason is that most of these kungfu students only practise external kungfu forms, and they have never learnt how to fight.

The smooth, circular motions of kungfu compared to the straight forwardness of karate mentioned by you are just a very small aspect. There are many major aspects, and we may examine them under the following headings:

Shaolin Kungfu has a continuous history of 1500 years, karate a history of about 200 years. Early Japanese masters went to China to learn southern Shaolin Kungfu, and returned to Japan to develop karate. My opinion is that due to their short time in China, as well as the general distrust of the Chinese public towards Japanese at that time, the Japanese masters could learn only the rudiments of southern Shaolin Kungfu — straight-forward fighting techniques, but without the deeper dimensions of energy and mind training.

All the techniques found in all other martial arts are found in Shaolin Kungfu, but karate techniques consist mainly of straight-forward punches, kicks and blocks. For example, the elaborate locks in jujitsu, the various throws in judo, and the knee and elbow strikes in Muai Thai are found in Shaolin Kungfu but not normally in karate. Thus, a karate student would have much difficulty if his opponent applies a jujitsu lock on him.

Karate force training is hard and external. It is powerful and effective for fighting, but it lacks, from my perspective, the soft and internal aspects, whereas Shaolin Kungfu has both hard and soft, external and internal. Karate hardens the physical body for tough fighting, whereas Shaolin Kungfu develops not just the physical body, but also the energy and the mind.

Regarding the physical body, I would differentiate hardening the physical body in karate, from developing it in kungfu. In karate training, the purpose is to harden the body, with little or no concern for its health aspects. In kungfu training, the purpose is to develop the body, always paying utmost importance to its health aspect.

A Shaolin student does not merely practise special energy or mind exercises once a while; he does so all the time! Every movement in Shaolin Kungfu involves the training of energy and mind. For example, when he executes a punch, he uses his mind to direct energy flow from his dan tian to his punch, as well as builds up a reserve of energy at his dan tian.

Let us compare a typical karate training session with a Shaolin Kungfu training session, like one in our Shaolin Wahnam Institute. After an hour of karate training, students are thirsty and tired, and have to rest for some time before wanting to perform any physical or mental activity. After four hours of vigorous kungfu training at a stretch, students need not drink any water, are more fresh and energetic than before the training, and are more efficient in any tasks they immediately perform.

Why is this so? In a typical karate session or any vigorous physical exercise, students tense their muscles, lock up energy as well as expend energy for work done. In a Shaolin Kungfu training, students relax their muscles, enjoy energy flow and have more energy after the training than before!

In karate training, free sparring results in injuries routinely left unattended to. These injuries when accumulated over many years can lead to far-reaching harmful effects. Moreover, students who are hit often bear grudges against their fellow trainees, resulting in anger and ill-will. On the other hand, injuries are almost never sustained in systematic kungfu sparring. If a student is accidentally hit, he is attended to immediately, and the injury is usually relieved. Comradeship is built in kungfu training.

Shaolin Kungfu pays much attention to the training of mind and energy. With a trained mind and more energy, a Shaolin student can do better anything he does in his daily work and play. As karate does not pay so much attention to these internal dimensions, it may not have these benefits. To me the benefits of karate training are mainly for effective fighting.

I wish to stress again that what I have mentioned above is only my opinion, and is given from the perspective of kungfu. Karate masters will surely think otherwise.

I also wish to stress that I am referring to ideal Shaolin Kungfu, which is exceedingly rare today. Much of kungfu today is far from ideal, and is nothing more than a physical fighting art with little or no internal dimensions of mind and energy.

The above is taken from Question 5 of September 2001 Part 1 of the Selection of Questions and Answers.