CONTRIBUTIONS OF MUSLIMS IN CHI KUNG AND MARTIAL ARTS 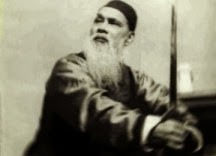 What are the contributions of Muslims in the development or spread of chi gung and martial arts?

Arts of energy management and of combat are, of course, not confined to the Chinese only. Peoples of different cultures have practised and spread these arts since ancient times. Those who follow the Chinese tradition call these arts chi kung and kungfu (or qigong and gongfu in Romanized Chinese), and those following other traditions call them by other names.

Muslims in various parts of the world have developed arts of energy management and of combat to very high levels. Many practices in Sufism, which is spiritual cultivation in Islamic tradition, are similar to chi kung practices. As in chi kung, Sufi practitioners pay much importance to the training of energy and spirit, called “qi” and “shen” in Chinese, but “nafas” and “roh” in Muslim terms.

When one can free himself from cultural and religious connotations, he will find that the philosophy of Sufism and of chi kung are similar. A Sufi practitioner believes that his own breath, or nafas, is a gift of God, and his ultimate goal in life is to be united with God. Hence, he practises appropriate breathing exercises so that the breath of God flows harmoniously through him, cleansing him of his weakness and sin, which are manifested as illness and pain.

And he practises meditation so that ultimately his personal spirit will return to the universal Spirit of God. In chi kung terms, this returning to God is expressed as “cultivating spirit to return to the Great Void”, which is “lian shen huan shi” in Chinese. Interestingly the breathing and meditation methods in Sufism and in chi kung are quite similar.

Some people, including some Muslims, may think that meditation is unIslamic, and therefore taboo. This is a serious mis-conception. Indeed, Prophet Mohammed himself clearly states that a day of meditation is better than sixty years of worship. As in any religion, there is often a huge conceptual gap between the highest teaching and the common followers. In Buddhism, for example, although the Buddha clearly states that meditation is the essential path to the highest spiritual attainment, most common Buddhists do not have any idea of meditation.

The martial arts of the Muslims were effective and sophisticated. At many points in world history, the Muslims, such as the Arabs, the Persians and the Turks, were formidable warriors. Modern Muslim martial arts are very advanced and are complete by themselves, i.e. they do not need to borrow from outside arts for their force training or combat application — for example, they do not need to borrow from chi kung for internal force training, Western aerobics for stretching, judo and kickboxing for throws and kicks.

In Malaysia and Indonesia, for instance, some masters of Silat — which is the Malay word for martial art and is usually practised by Muslims although non-Muslims may also practise it — have incredible internal force. Not only they can take strikes by iron bars and axes on their body without harm, they can inflict injury on their opponents from a distance without immediate physical contact.

It is reasonable if sceptics ask, “If they are really so advanced, why don't they take part in international full contact fighting competitions and win titles?” The answer is that they hold different values. They are not interested in fighting or titles. At their level, their main concern is spiritual cultivation. Not only they will not be bothered whether you believe in such abilities, generally they are reluctant to let others know of their abilities.

Muslims form a substantial portion of the population in China, and they have contributed an important part in the development of chi kung and kungfu. But because the Chinese generally do not relate one's achievements to one's religion, the contributions of these Chinese Muslim masters did not carry the label “Muslim” with them.

In fact, in China the Muslim places of worship are not called mosques, as in many other countries, but are called temples. Most people cannot tell the difference between a Muslim temple, and a temple of other religions, such as Confucian, Taoist or Buddhist, because they all look the same from outside. The initiated will know: Muslim temples are called Qing Zhen Si, which means Temples of Purity and Truth.

It is, however, well known that Chaquan, which means Cha Kungfu, is widely practised by Muslims. Chaquan is a style of Northern Shaolin Kungfu, and is as beautiful to watch as it is combat effective. It is named after a great Muslim kungfu master called Cha Mi Er, which is the Chinese pronunciation for the Muslim name “Jamil”. Another great Muslim master was Cheng Ho (or “Zhen He” in Romanized Chinese). He was the Admiral of the Ming Dynasty who led a gigantic fleet from China to as far as east Africa.

The above is taken from Question 1 August 2000 Part 2 of the Selection of Questions and Answers.