CAN WE LEARN GOOD KUNGFU FROM BOOKS? 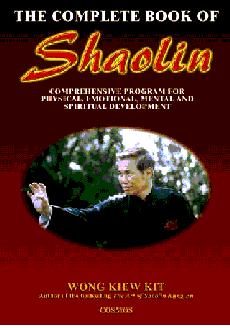 So I buy books and try to learn the best I can, and have been told I do an extremely good job. My problem is that there are not many good Kung Fu schools in my country.

There are not many good kungfu schools in the world today. Some people may take offence with this statement, but it is true. Yet, even those who agree may not really fully realize the significance of this statement. This is because of two related reasons.

Firstly, many people think that all kungfu schools are the same. They are not aware of the huge differences in nature, quality, philosophy, practice and result attainable amongst thousands of kungfu schools. For example, a school that teaches kungfu forms is vastly different from another that teaches internal force; a school that just teaches fighting is vastly different from another that also teaches moral values

Secondly, many people do not know what constitutes a good kungfu school, and even amongst those who know, they have vastly different concepts regarding what is good. For example, some people may regard a school that wins trophies as good, whereas others may regard it as bad if the trophy winners sustain a lot of injuries. Even when they agree on chosen criteria, there are vastly different standards. The form performance of a school considered good by some people, may be considered only mediocre by others.

Regarding kungfu books, unless you are already proficient in kungfu, it is very difficult to learn from them. At best, you learn some beautiful kungfu forms. Forms are the least important aspects of kungfu. The other three aspects are philosophy, force and application.

You may also be able to read some good kungfu philosophy from books, but you may not be able to get the best practical benefits from the philosophy — a fact that many kungfu practitioners, including even some masters, may not realize. A significant example is as follows.

Many kungfu practitioners have read and actually believe that practicing kungfu would enable them to have mental clarity at normal times, and be relaxed even in demanding situations. But to most of them these are just empty words. Not only they do not experience these benefits from their training, some of them have become more dull minded and tensed. Worse, they do not even realize these negative effects of their training.

Even if you understand the philosophy and have read training methods that lead to these benefits, you may not attain them even if you have practiced long and hard. Actually the amount of freely available information today is unprecedented and unbelievable. In my webpages alone, you can find so many publicly explained secrets which in the past masters would only teach their inner-chamber disciples.

One of the best benefits we get from our training in Shaolin Wahnam is the ability to think clearly and be relaxed even in difficult situations. We share one of the most effective methods openly. It is very simple. It is just to stand upright, relax totally, and think of nothing. Not many people outside of Shaolin Wahnam believe that such a simple method can bring these wonderful benefits. But even if they believe, and practice the simple method, they may not attain the desired result.

The above is taken from Question 7 of June 2007 Part 2 of the Selection of Questions and Answers.