WHY KUNGFU EXPONENTS DO NOT ENTER COMPETITIONS 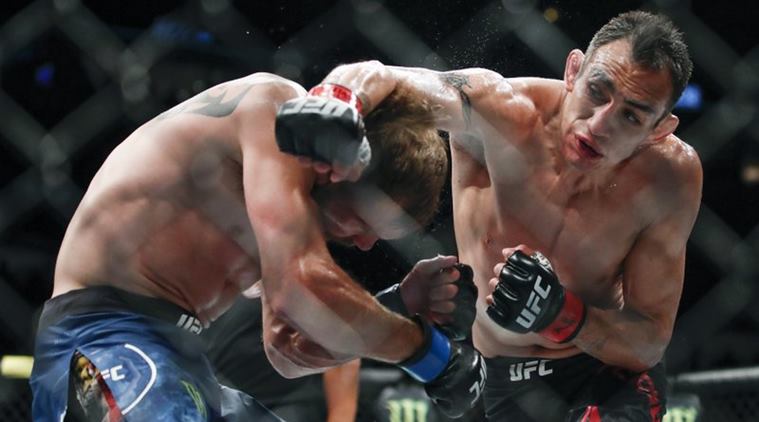 I am a fan of the Ultimate Fighting Championship (UFC) which is shown in US and starting to become very popular among martial arts fans. This is a freestyle martial arts competition where people from different martial arts background can come together and compete. I noticed that none of the martial arts champions were from Kung Fu background. If Shaolin Kung Fu is the best, how come so few with Kung Fu background make it to the finals? Maybe, some genuine Kung Fu masters from Asia should make it a point to compete in the UFC.

There are three main reasons why very few kungfu practitioners take part in the Ultimate Fighting Championship. First, although many people practice kungfu or wushu, a very great majority of them do not spar. They cannot even defend themselves effectively against karate or taekwondo brown-belt; they would not take part in the Ultimate Fighting Championship as they know very well they would be seriously injured if they do so.

Secondly, some kungfu practitioners can spar, but they usually use karate, taekwondo, kickboxing or other martial art techniques when they spar. Some of them might have taken part in the Ultimate Fighting Championship but they would be beaten in the early rounds. The majority would not take part because they know they stand little chance.

Moreover, fighting for price money in public would be against their philosophy. The training in genuine kungfu is that the more combat efficient you have become, the less you would want to fight. This is difficult for many people to understand or appreciate this philosophy. Many would think, not unreasonably, that the kungfu masters actually could not fight, and this is only an excuse to save face. I can only say that it is not an excuse, it is a real reason.

Personally I know some genuine kungfu masters who are deadly efficient in fighting, but they would walk away under provocation, sometimes even in apparently humiliating conditions. This actually make them and kungfu great.

This philosophy and corresponding behavior are not completely altruistic. Genuine kungfu training also makes a person wise. A genuine kungfu master realizes that to win in the Ultimate Fighting Championship against deadly opponents, he might have to be drastic.

For example, when a formidable opponent rushes in to grab his legs to throw him onto the ground, followed by a deadly lock, as often shown in Ultimate Fighting Championship, the kungfu master might have to smash his palm or drive his fist into the opponent's head to prevent his own defeat, which would be inevitable had the opponent be successful in grabbing his legs.

This could maim or kill the opponent. Even if rules of the competition specified that no legal actions could be taken against him, there could be complications. One of my kungfu masters, whose name I would not reveal here, was an example. Another kungfu master insulted his kungfu style as well as challenged him to a fight. Despite being restrained by his parents, my sifu took the challenge and killed the other master with a kick. To avoid inevitable revenge from the victim's side, my sifu escaped to Malaysia that very night. Although this event spread his style of kungfu to Malaysia and later to other parts of the world, my sifu regretted his rash action for life.

The above is taken from Question 4 of April 2002 Part 3 of the Selection of Questions and Answers.