IT IS HARD TO FIND REAL KUNGFU NOWADAYS 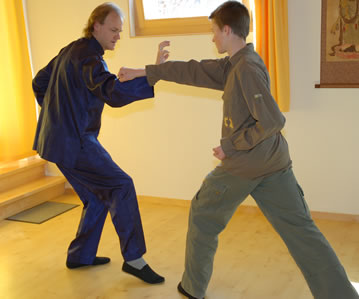 I have participated in a few of the local schools and can not find one to my liking. I have received a black belt in Kung fu and at this time I do not feel like I deserve it due to my lack of practice and not improving myself in my skills. Can you please send me any information that you may have?

At all times in all places real kungfu masters are rare. In China in the past there were many kungfu masters but very few of them would accept students. Today many people teach kungfu, or what they call kungfu, but finding a genuine master is more difficult than finding a gem in a hay stack. Refer to Qualities of a Good Master for details.

What is taught all over the world today, including in China, is either a modernized form for demonstration or a debased traditional form that uses karate, taekwondo or kickboxing techniques for combat. In my opinion neither is genuine kungfu.

This does not necessarily mean that these demonstrative or debased forms are not without their benefits. They are magnificient to watch and is an excellent way to keep the exponents agile and fit, but they are not the same as the kind of kungfu traditionally taught in the past.

In my opinion, the bottom line to decide whether one is trained in genuine kungfu is whether he (or she) can use the kungfu forms he has learnt for some decent self defence. If he can fight well but uses other martial art forms instead of kungfu forms, he does not qualify to have practised genuine kungfu.

The bottom line of my definition is that the kungfu he has learnt must be capable of being used for fighting, even if he loses the fight. The crucial point is that his kungfu forms are more than sufficient for his self defence; he needs not borrow or "steal" other martial art forms, and he should be able to defend himself in a typical kungfu manner. Bouncing about as in boxing and kicking high as in taekwondo, for example, are not typical manners in kungfu fighting.

Good kungfu goes beyond mere fighting. One characteristic feature of good kungfu is the training of internal force for good health as well as combat efficiency. If you ask what internal force is, it is unlikely you have any experience in its training. It is like someone who has not eaten an orange, asking what the taste of an orange is.

As far as I know, this internal force training is not found in most other martial arts. Western boxing and wrestling, for example, pay much attention to external strength and physical mass, and their exponents train in ways which typical kungfu masters would consider detrimental to health.

Some Eastern martial arts like aikido and karate mention about internal aspects like chi (or ki in Japanese), but their exponents do not spend as much time or go as deeply as typical kungfu exponents do in these internal aspects. A typical traditional kungfu exponent, for example, may actually spend more time practising Abdominal Breathing or Stance Standing (zhan zhuang) than practising patterns or sets -- a practice that is not normally found in most other martial arts or modern demonstrative, debased kungfu forms.

For those who have so far wasted their time in unwholesome activities, or those who feel empty and lost despite abundant material wealth, turning to a happy, rewarding life here and now is a remarkable spiritual achievement; at the other scale, the spiritually advanced aim for the highest attainment known variously as return to God, unity with the Cosmos, enlightenment or in Zen terms simply going home. 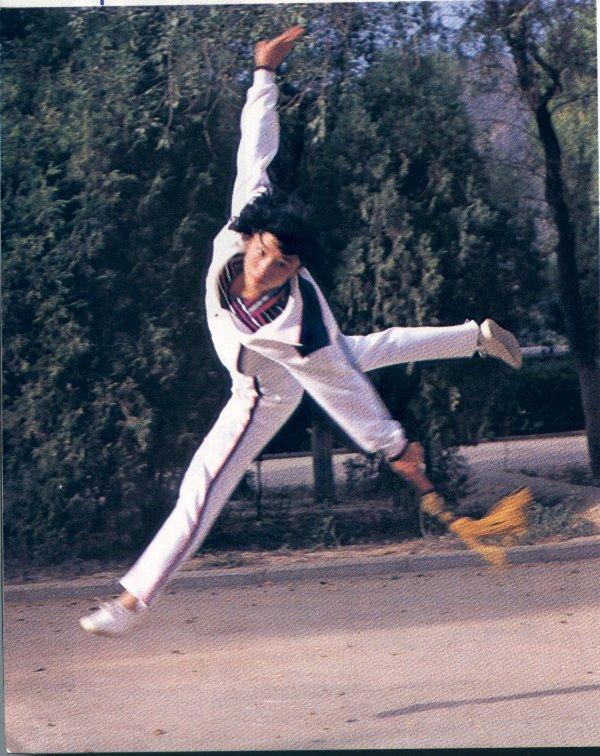 A magnificient demonstration of modern wushu, which is different from traditional kungfu