THE IMPORTANCE OF STANCES 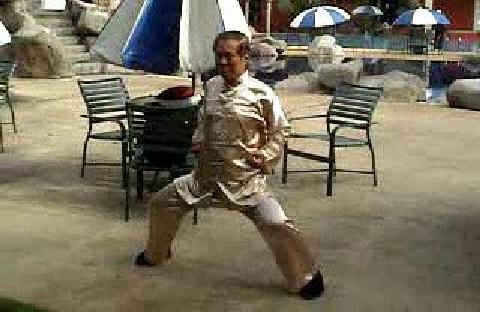 As a martial artist and philosopher, I am intrigued by your faith in the power of stances and traditional kung-fu. It is a great antithesis to the no-method belief instigated in the West by Bruce Lee.

There are many interesting differences between the East and the West. One difference concerns philosophy. In the West, philosophy comes before experience. A philosopher intellectualizes on a topic to form a philosophy, then looks at the real world to find examples to justify his philosophy.

For example, first you intellectualize that one will be a more effective martial artist if he does not use stances and traditional forms in combat. This is your philosophy. Then you look at martial artists sparring, and notice that those who use freestyle fighting often win. This is your experience. In this case your experience justifies your philosophy.

In the East the process is reversed. First there is real-life experience, not just of a few years as in your case, but of many centuries. From centuries of experience, some general patterns are noticed, and explanations are provided for the patterns. The explanations form the philosophy, and it comes after the experience.

This actually was the original meaning and purpose of philosophy, which is an explanation of truth. But for some reasons, in the West it has become an intellectualization on reality.

From actual experience of combat, combatants discovered that if they used stances and certain ways of fighting they would have a big advantage over those who fought haphazardly and without stances. These favored ways of fighting gradually stylized into traditional kungfu forms.

Hence my philosophy that using stances and traditional kungfu forms in sparring is superior to fighting haphazardly and without using stances, is based not on intellectualization or speculation, but on centuries of experiences of real fighting of past masters, as well as on the experiences of my teachers, myself and my students in combat.

However, if you examine them closely you may find some serious flaws in the modern combat philosophy. One flaw is that as the philosophy is made before experience, your choice of examples is selective and therefore prejudiced. In other words, wittingly or unwittingly you may have chosen only examples that justify your case and ignoring others that may not.

The second flaw is that the time span you use is short, and is during the period when kungfu is practiced as a sport rather than as a fighting art. 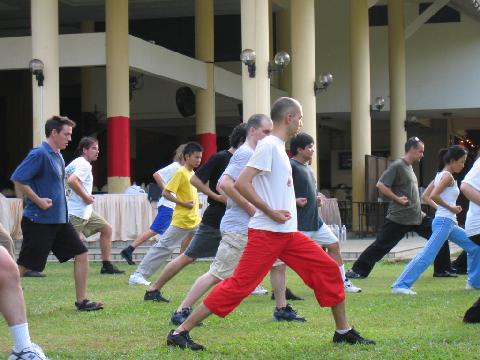 The question and answer are reproduced from Question 1 of the March 2003 Part 2 issue of the Question-Answer Series.