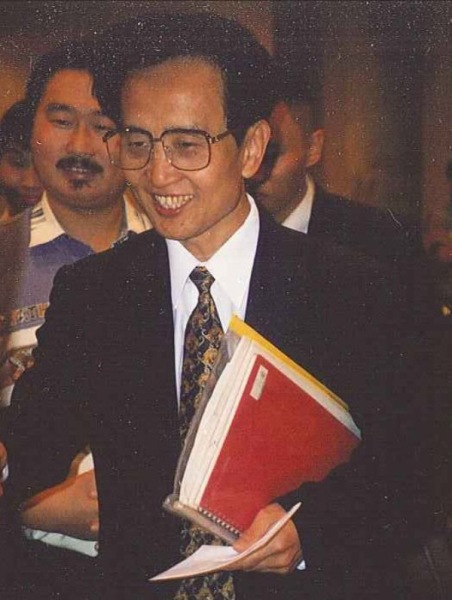 Why will no masters come forward to conclusively prove once and for all that qi is real and that qi-gong is not a fake healing art. It seems to me a lot more Westerners would be willing to accept and try qi-gong if there was a demonstration, a scientifically designed study that conclusively demonstrated qi-gong's effects.

Numerous experiments were carried out under strict scientific conditions both inside China and outside which proved conclusively that qi is real, and that qigong, besides having other uses, is a genuine healing art.

For example, the Qing Hua University in Bejing, one of the most prestigious universities of China, conducted many experiments with the great qigong master, Yan Xin, which showed that qi is real and has measurable influences on matter. These scientific experiments were supervised by top Chinese scientists, including Professor Qian Xue Sen, the father of the Chinese rocket.

Numerous hospitals in China, particularly the People's Hospital of Shanghai, conducted many scientific experiments which conclusively showed that practising qigong enables many patients to recover from their diseases.

Numerous scientific experiments were also conducted outside China. Dr Kenneth Sancier of the United States, whom I had the pleasure to meet at the Second World Qigong Congress in San Francisco in 1997, is a leader in this field, and he has tirelessly collected volumes of scientific reports on qigong, gallantly attempting to bring its wonderful benefits to the Western public.

At this Second World Qigong Congress, Professor Fang Li Da of China, a medical doctor trained at the world-famous Harvard School of Medicine, provided convincing evidence from her many years of research that practising qigong can overcome cancer. For her brilliant research, she was named “Qigong Research Scientist of the Year”.

There were many top scientists and qigong masters at this Second World Qigong Congress. A special committee edited the findings and reports of the Congress and submitted recommendations to relevant authorities at both the United States government and the United Nations Organization.

The question remains. Why is qigong not widely used to overcome diseases, especially so-called incurable diseases like cancer, cardio-vascular disorders, diabetes and asthma, against which qigong is said, in fact has been proven, to overcome?

There are many answers, and different people will give different answers according to their perspectives. To me, there are two important answers, the relevance of which may not be easily understood by the public. One, genuine qigong masters are basically qigong masters, not marketing experts. They do not have the means, or the interest, to let the world know of their abilities to cure illness. Two, marketing experts who are already enjoying handsome rewards for their effort, may not like qigong to disrupt the de facto situation.

At the International Congress for the Unity of Science held at Seoul in the year 2000 where Nobel Prize winners and top practitioners of their respective fields were invited, I was honoured to speak on qigong. Answering a request from the Congress committee on alternative medicine, I recommended a simple, direct yet scientific approach to test the effectiveness of qigong in overcoming so-called incurable diseases as follows.

I knew my proposal was only an academic issue. As expected, no one has thought it worthwhile to implement the recommendation. 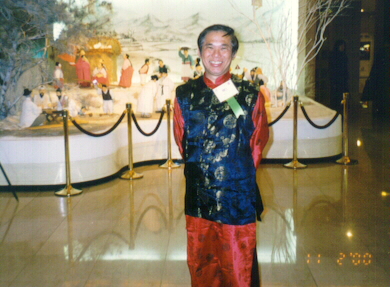 Grandmaster Wong Kiew Kit at the International Conference on the Unity of Sciences, Seoul 2000

Reproduced from Question 1 in the July 2001 Part 3 issue of the Question-Answer Series.