CAN I LEARN SHAOLIN KUNGFU FROM YOUR BOOKS? 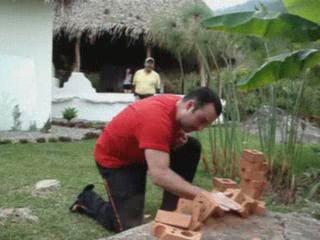 I am unable to find a sifu at my state. In fact, there are very few mediocre kungfu schools in my country, leave alone good ones. So, will it help me if I study and practice Shaolin Kungfu from your books?

It is better to learn from a living instructor, even if he teaches only external kungfu forms. Later if you have an opportunity, you can attend my Intensive Shaolin Kungfu Course in Malaysia or join one of the Shaolin Wahnam kungfu schools in various countries taught by instructors certified by me, to learn and acquire the skills and techniques that you did not learn from your local instructor, especially in internal force training and combat application.

But if you cannot find even an instructor teaching external kungfu forms, and you are determined to practice Shaolin Kungfu, you can learn from my books, such as “Introduction to Shaolin Kung Fu”, “The Art of Shaolin Kungfu” and “The Complete Art of Shaolin”. You can attain a reasonable good standard if you follow my instructions in the books respectfully.

My disciple, Eugene, is a good example in this respect. He wanted to learn Shaolin Kungfu very much from me, but I did not accept him into my Intensive Shaolin Kungfu Course, though earlier he attended my Intensive Chi Kung Course, because I wanted him to overcome some health problems first. He practiced my chi kung dutifully and not only overcame his health problems but became radiantly healthy.

Then he applied for my Intensive Shaolin Kungfu Course. I still did not accept him, though he was my excellent chi kung student, telling him that he would waste his money and time if he was insufficiently prepared. I told him to read my books on Shaolin Kungfu, then learn from local instructors or masters. Only when he could perform kungfu forms fairly well, should he attend my course. He dutifully read my books and searched for kungfu schools in his area.

Although he lived in the U.S. where there were a lot of kungfu schools, he could not find one to his liking. He telephoned me half way around the globe to tell me this problem, and asked if he could learn from my books instead, to prepare for my course. I was impressed by his sincerity and devotion. I agreed.

When he attended my Intensive Shaolin Kungfu Course, everyone including me was surprised. There was much room for improvement in his kungfu forms, but considering that he had no prior kungfu experience whatsoever and learned complex kungfu forms from my books without anyone to supervise him, it was a tremendous achievement.

But what was most impressive was his internal force. Even Anthony, his “siheng” or senior kungfu brother who had many years of karate experience before he learned kungfu from me and who himself is very powerful, was impressed.

I remember Anthony asked me whether I had taught Eugene any special exercises to train his internal force. “No, Anthony,” I said, “Eugene just practiced his normal chi kung exercises” (which are “Lifting the Sky”, “Pushing Mountains”, Carrying the Moon“ and ”Self-Manifested Chi Flow" — the exercises I teach in my Intensive Chi Kung Course in Malayisa and regional courses elsewhere).

After much help from Anthony in their own training in New York, Eugene attended two more Intensive Shaolin Kungfu Courses and made further progress. I am very proud of him. In less than two years he progressed from not knowing anything about martial art to being able to handle comfortably masters (who also took my courses) who had been teaching martial arts for many years! This reminds me of some advice my sifu told me, “Hok mo chien hou, dat che wei seen”, which means “There is no question of who starts first, and who starts later; the one who arrives is the earlier.”

I asked Eugene to teach Shaolin Kungfu in the name of Shaolin Wahnam Institute but he, like most of my disciples in a similar situation, felt he was not good enough. Interestingly this has been my dilemma. On one hand I have to tell hasty people not to teach until they are ready; on the other I have to persuade those who are competent to teach.

It is no surprise why most of my disciples honestly felt not adequate yet to teach. If you have been exposed to the depth and grandeur of the Shaolin arts (not just their fighting aspects), you would realize from direct experience there is still so much more to learn. But my point is that teaching is itself a learning process, and when one teaches beginners he does not touch the depth and grandeur yet, but teaches the fundamentals which he is already competent to do.

How do I know who are competent and who are not? In kungfu there is no hiding. Once you perform a kungfu set, a master can tell how forceful, fast and fluid, or otherwise, your forms are. Once you engage in sparring, you will know whether you are combat efficient.

The above is taken from Question 3 March 2003 Part 3 of the Selection of Questions and Answers.