A QUESTION OF PARADIGM 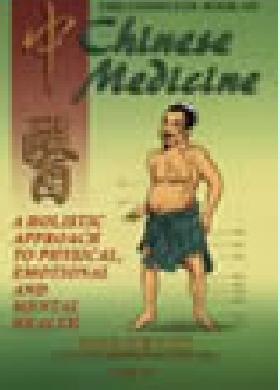 I marvel at TCM and Qi gong; they have rejuvenated so-called cervical disc degeneration within me. I look forward to hearing from you.

Congratulations for your recovery from a so-called incurable disorder, i.e. “incurable” from the conventional Western medical perspective.

I have tried to disseminate the following concept. Understandably there is much resistence, but eventually the concept will get through — hopefully to the right people. When that happens, countless people will benefit. The concept is as follows.

Disorders like celiac disorder, cervical disc degeneration, asthma, diabetes, cancer, viral infection, depression and many, many others are “incurable” only when viewed from the conventional Western paradigm. A paradigm is not a set of truths; it is only a way of viewing events and processes, and in this case events and processes related to health and illness.

If a particular paradigm does not work, it is only sensible to try another paradigm, especially one that has proven to have worked for centuries. For example, one way to view your previous health problem is to call it “cervical disc degeneration”. The trouble is that when your problem is viewed in this way, we come to a dead-end because conventional Western doctors have no way to reverse the degeneration of your cervical disc.

The situation changes instantly when we view it using the traditional Chinese medical paradigm. There may be different ways to label your symptoms, but basically your health problem was caused by yin-yang disharmony. This makes a big difference. When we view your problem as cervical disc degeneration, it becomes “incurable” because there is no way to revert the degeneration. But when we view it as yin-yang disharmony, it becomes curable because there are many ways to restore yin-yang harmony.

One crucial point many people miss is that using a different paradigm does not mean one has to throw away all his previous training. It means the new paradigm enables him to enlarge his perspective so that he can put his training to better use. Once the concept of yin-yang harmony is understood, conventional Western doctors can use their own training and methods, such as chemotherapy or surgery, to restore yin-yang harmony. They may not even call it “yin-yang harmony”. They can express the same concept in different words, such as “restoring the natural functioning of the patient to enable him to adjust effectively to changing conditions”.

The issue of AIDS, which affects 4 out of 10 people in Africa, comes to mind. If Western doctors and research scientists stick to the conventional paradigm that AIDS is caused by HIV, they come to a dead-end because viruses cannot be killed by drugs, a fact that Western doctors and research scientists know fully well. Yet, millions of dollars and working hours are spent on the impossible, i.e. finding a drug that kills HIV, while millions of people suffer and die. It is amazing why the otherwise brilliant research scientists do not attempt to view the problem from another perspective, that of restoring yin-yang harmony.

In Western terms, instead of viewing AIDS as a result of a viral attack (which is true), why not view it as a result of a weakening of the immune system (which is also true)? In fact the term AIDS mean just this — Acquired Immunity Deficiency Syndrome. We should note the word “Acquired”. It means that AIDS is not natural; it is acquired. Before a patient acquired this deficiency, his immune system could naturally destroy HIV! This fact is crucial. The task therefore is to find out how to restore the natural working of the immune system. This is possible because it is natural.

It may also be pertinent to mention that pharmaceutical companies that fund research will not lose their potential market. In fact it is a good opportunity for them to reap a lot of financial rewards. Instead of hoping to find a dream drug that kills viruses, which is unlikely to occur, they can sell real drugs that restore the natural functioning of the immune system, which has a good chance to happen. A lot of people will also be saved. It is a win-win policy.