MY SIFU DOES NOT KNOW OF HENG KUNG! 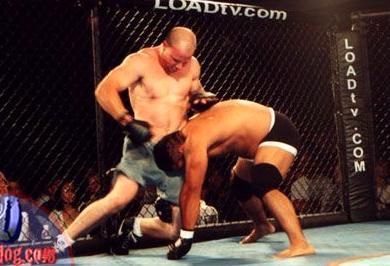 Boxing is not kungfu, but many sifus ask their students to put on boxing gloves and spar like boxers

I recently asked my Sifu whether he had heard of Heng Kung and whether it was possible to do such things. He claimed that he had never heard of Heng Kung and that to do what I had described to him would probably never happen, or if it did, it would take you more than 50 years. Either he really doesn't know, which seems highly unlikely, or he doesn't want to acknowledge its existence and is hiding it for some reason.

You may have good reasons to think that your sifu knows about the existence of “heng kung” or “the art of lightness” whereby a practitioner can jump high or run fast. But judging from statements made by many whom the general public regard as authorities in their arts, it is no surprise that many instructors or even masters have not heard of “heng kung”, or if they have heard about it they do not believe in it.

Some well known Shaolin masters, including some modern Shaolin monks, whom the public regard as authorities on Shaolin Kungfu, do not believe that classical Shaolin forms can be effectively used for fighting, hence they teach Boxing-like or Kickboxing-like techniques for sparring. Some well known Taijiquan masters, regarded by the public as authorities on Taijiquan, do not believe in chi, hence they use weight-lifting in their force training. If you surf the internet, you can readily find many such examples in the official websites of these masters.

If one practices Shaolin Kungfu but cannot use it for combat, or practices Taijiquan but has no experience of chi, it is bad enough but it is still tolerable, on the assumption that applying kungfu forms for combat, and experiencing chi are rare, advanced skill not readily available to practitioners until much later.

This is not actually true because applying kungfu forms for combat and experience chi, are basic skills, not specialized skills. But when masters themselves publicly state, explicitly or implicitly, that kungfu forms cannot be used in combat or chi is non-existent, the situation becomes alarming. Something has gone seriously wrong in the development or, more correctly, degradation of Shaolin Kungfu and Taijiquan.

To us in Shaolin Wahnam, and we believe to many other kungfu exponents as well, to say that classical Shaolin forms cannot be used for fighting, or chi is non-existent in Taijiquan, is as ridiculous as saying that Albert Einstein did not know physics or a fish cannot swim in water. Yet, in some discussion forums where our Shaolin Wahnam members stated our conviction that Shaolin forms are effective for combat and that chi is an essential aspect of Taijiquan, opposition to these statements was so severe and sometimes bitter that one would think our statements were minority views rather than established facts.

With this understanding, it is no surprise if many sifus do not know of or believe in “heng kung”.

The above is taken from Question 1 May 2003 Part 3 of the Selection of Questions and Answers.