WHY IS YOUR INTENSIVE SHAOLIN KUNGFU COURSE SO EXPENSIVE? 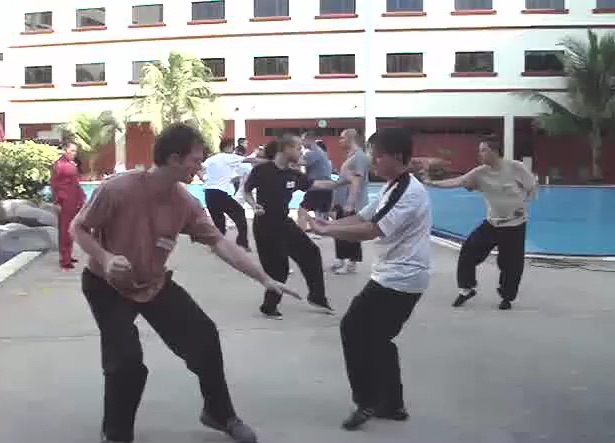 I was looking for some kungfu courses. Your website looked good. But when I looked at the price you charged, I was shocked. $1500 and only a few days! You must be crazy. Why you are so greedy? Do you know how much is $1500? Other masters charge only $50.

— Name and country not stated

Normally I would not reply to questions from persons who do not provide their name (even a pen-name) and country. But this is an exception as the answer may benefit other people reading my Question-Answer Series.

Quite a lot of people, including those who attended my courses, think that paying US$1500 for an Intensive Shaolin Kungfu Course or US$1000 for an Intensive Chi Kung Course for just a few days is crazy when they can learn kungfu or chi kung in many other places for less than US$100 per month.

But no one who has attended my intensive courses says I am greedy. In fact many say I am very generous to teach such courses. All of them are very happy that they attended the courses. Many of them have said that they would never pay me enough for the benefits that they have obtained from the course.

At the graduation dinner of the Intensive Chi Kung Course, a student mentioned that when he told his wife he was attending my course, she exclaimed, “1000 euros! Are you crazy?” This particular student is from Malaysia, and 1000 euros is about 4500 Malaysian dollars, which is about three times an average person earns a month. But he was very happy and grateful, and asked me permission to attend my next course.

At the conclusion session of the Special Shaolin Kungfu Course, where attendance was by invitation only, three students cried. Theirs were tears of joy and gratitude.

Of course I know how much US1500 is, probably much more than you. When I was a school teacher, that was the money I had to work very hard everyday for three months to feed my family, and now when I have more money than my needs, that is a portion of the money I regularly give to poor people, all of whom unknown to me personally, to feed their families.

When I was a kungfu student, if a master offered such a course at 1500 euros, I would consider it a golden opportunity, though I could not afford it. But I would borrow the money to attend it. I would rather lose the money if the master's claims turned out to be untrue than lose the opportunity to learn in a few days the essence of Shaolin Kungfu that most kungfu practitioners could not get in twenty years.

What is this essence of Shaolin Kungfu that students learn in the Intensive Shaolin Kungfu Course? It falls into three aspects: internal force, combat application and spiritual cultivation. By the end of the course, students are able to develop internal force, apply Shaolin techniques and skills for combat, and experience spiritual joys that they only read about previously in books.

But, of course, your values are different from ours. Honestly I would advise you not to attend even when you can easily afford the fee, and I would reject your application if you apply. I do not want to waste your time and mine.

The above is taken from Question 8 of February 2008 Part 3 of the Selection of Questions and Answers.