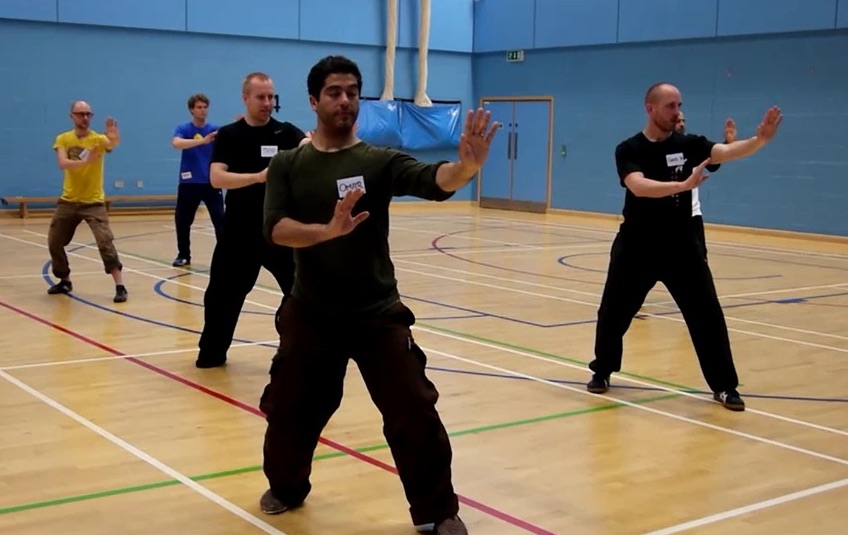 In Xingyiquan, can we develop internal force by just practicing the Santi Stance?

Yes, we can develop internal force by just practicing the Santi Stance -- without practicing other stances and other force training method.

This puzzling question was accidentally answered when I prepared to teach Xingyiuqna at the UK Summer Camp in 2013. In the preparation I read up a lot of Xingyiquan classics. It was mentioned in one of the classics that the Correspondence Mode and the Expansion Mode were used in practicing the Santi Stance. although the explanation was brief, as most explanations in classics were, I could understand the underlying philosophy straightaway.

When I employed the Correspondence Mode and the Expansion Mode at the Xingyiquan course at the UK Summer Camp, course participants were amazed at the tremendous amount of force generated, and this force was particularly useful for Xingyiquan.

Not many Xingyiquan practitioners know about the Correspondence Mode and the Expansion Mode of the Santi Stance. Indeed not many people have heard of these two terms.

Training the Horse-Riding Stance first will develop foundation at their dan tian. This will not only speed up their training of the Santi Stance later on, but also enhance both their solidness and agility as well as give them good health and vitality.

Many people may be surprised how stance training can enhance both solidness and agility, as these terms are ordinarily contradictory. But Shaolin Wahnam students would know. If you don't, please ask your sifu.