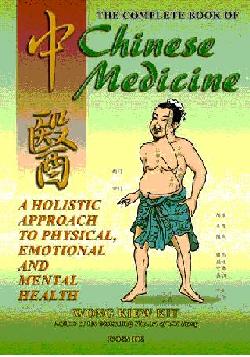 The Complete Book of Chinese Medicine

I have read Question 1 from May 2003 Part 1 regarding the integration of TCM and Western Medicine, and I think you are absolutely right.

How would you describe to those who, like me, have become accustomed to the Western approach to medicine, and insist that epidemiology and the spread of pathogens like SARS somehow invalidates the principles of TCM, specifically the principle that illness is based on internal causes more than external, even in cases of known pathogens like SARS.

I believe that Western medicine cannot fathom the idea that you have already outlined that the focus of SARS research should be upon those who succumbed to the illness and not on the virus itself. I am hoping that you will have an effective way to describe such an idea to those who find it completely foreign.

Thank you for your kind comments.

Introducing the philosophy of traditional Chinese medicine to the West has been a passionate vision of mine. In my opinion, the greatest hindrance to Western medicine in its progress today is the innate weakness of its philosophy in viewing human beings at the physical dimension only, ignoring the dimension of energy and mind. The Chinese philosophy that a human being is made up of three components, namely physical body, energy and mind, excellently helps to overcome this innate Western weakness.

From the Chinese perspective, a patient suffers from diabetes not because he has taken too much sugar but because he lacks the energy to digest the sugar, and a patient is depressed not because of external factors but because his mind has been crammed in. As Western medical philosophy views patients as only physical bodies, it does not even have the vocabulary and the concepts to understand these disorders.

Although these are disorders of energy or of mind, they may manifest in physical symptoms, like too much sugar in the blood stream in a diabetes patient, or lack of certain chemicals in a depressed person. As Western doctors have no concepts of energy and mind, they attend to what is most obvious from their perspective, i.e. treating the physical symptoms, which of course does not overcome the underlying disorders.

Now a third category of diseases is threatening mankind, and it is viral infections. From the Chinese perspective, viral infections are also disorders of energy. While in the case of degenerative disorders, there is insufficient energy to work the systems, in the case of infection, there is insufficient energy to clear away harmful invaders. Working the systems and clearing harmful invaders are natural processes.

In other words, sugar and viruses get into us all the time, but we naturally and without our conscious effect or interference digest the sugar and clear the viruses — a medical or biological truth some Western doctors seem to forget. If we remember this truth, then it becomes easier for us to see why the onus in overcoming diabetes or viral infection is not to inject insulin or to study the virus, but to release the appropriate energy in us to let the natural processes go on smoothly.

Once people have fixed their perspective, it is difficult to change it. You can see this stubbornness reoccurring time and again in the history of Western science and medicine. Practically all great scientific and medical discoveries and inventions were met with obstinate, and sometimes cruel, opposition.

Nevertheless, I still persist in my passionate vision. I sincerely believe that if the right people can see the advantage of a paradigm shift in medical thinking, great break-throughs will be made that will relieve a lot of unnecessary suffering. My recently published book, “The Complete Book of Chinese Medicine” is an attempt in this direction. In the last chapter of the book, I explain three areas where Western medicine can benefit from the Chinese, namely its philosophy, its vast empirical knowledge still unknown to the West, and its time-tested techniques that are simple and effective.

The above is taken from Question 1 of November 2003 Part 1 of the Selection of Questions and Answers.