THE HISTORICAL BACKGROUND OF CHI FLOW IN SHAOLIN WAHNAM 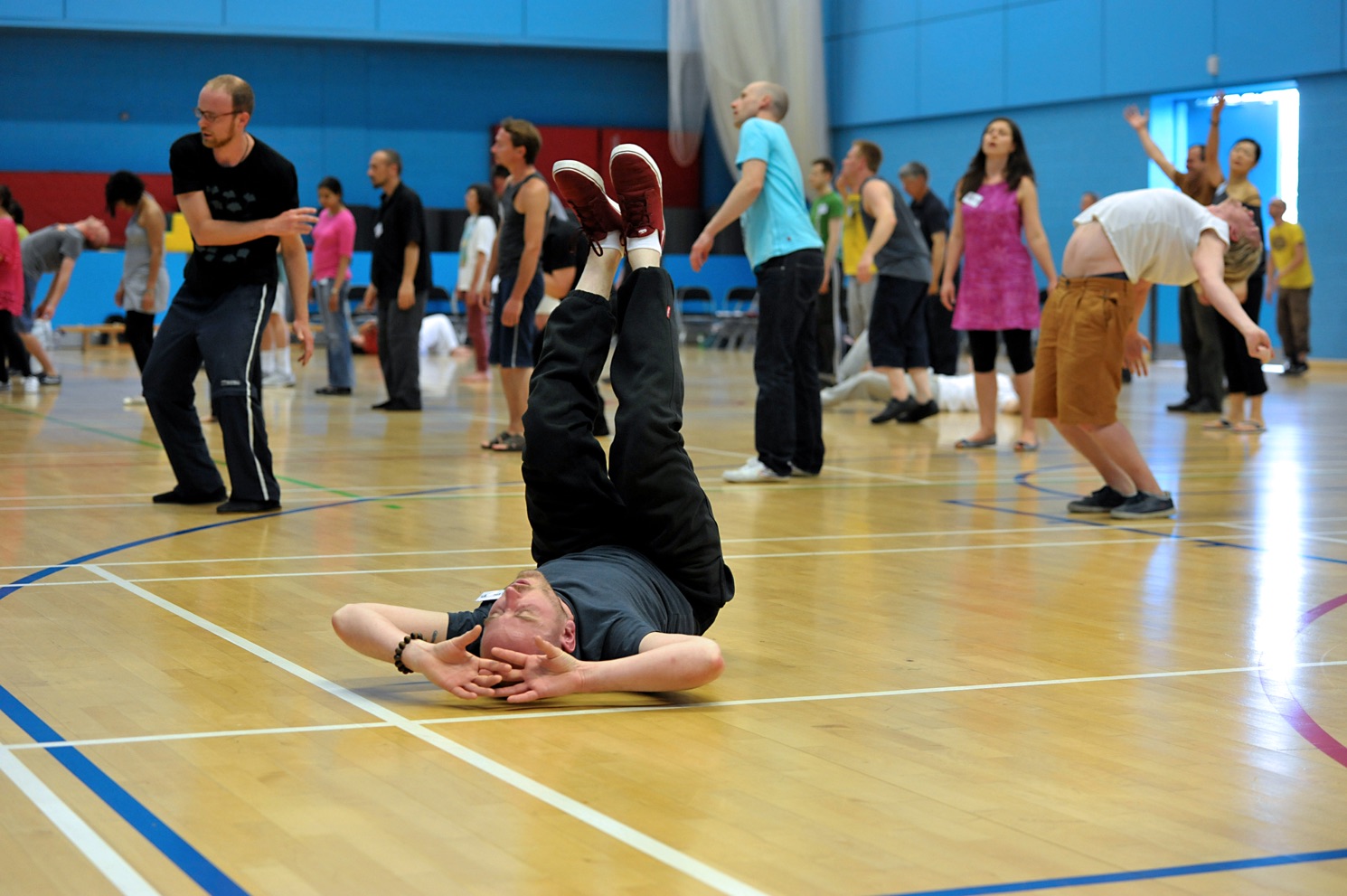 Sifu, chi flow is a hallmark of our school. Can you tell us who you learned chi flow from? Was it from Uncle Righteousness or Sigung Ho Fatt Nam?

Yes, you are right. Chi flow is the hallmark of our school. In fact, Tim (Sifu Tim Franklin of UK) mentioned that 500 years from now when people pointed to our school, the most prominent feature they noticed would be chi flow.

Chi flow has enabled us to help many people overcome so-called incurable diseases. For those who train internal force (which is practically everyone in our school), chi flow frees them from the concern of deviated training. Hence, we have the luxury of "Don't Worry" being the first golden rule of our practice.

This is a great advantage, and it contributes much to rapid progress. Some people in the West may be surprised to know that a lot of people in the East are concerned about deviated training. Indeed, this concern, or even fear, prevents many from seeking to learn internal arts. For those who venture bravely to learn an internal art, this concern or fear, usually insidiously, hinders their progress as it affects their mind-set which is very important in internal art training.

Chi flow developed in the long process of my own training and teaching. I heard of and read about chi and its importance in internal force development. There is a kungfu saying as follows: "The essence of internal force is chi".

My first experience of chi flow was when practicing One-Finger Shooting Zen learnt from Sifu Ho Fatt Nam. But I did not know it was chi flow then, neither did my sifu tell me so. Like any good student in a traditional kungfu context, I just practiced what my sifu asked me to, without understanding its underlying philosophy.

Yet, I was different from other traditional good students. I read a lot of kungfu classics, and had frequent discussion with my sifu on kungfu philosophy. I read about a kind of chi kung developed by the great Chinese physician, Hua Tou, called Five-Animal Play where practitioners moved about in what we would now call self-manifested chi movement.

Years later when I set up Shaolin Wahanm Association and Shaolin Wahnam Chi Kung Clinic in Sungai Petani, I was quite well-known and respected. A kungfu and chi kung master from another city came to me for help, which I rendered him. (Later he betrayed me, and instigated some of my senior students against me.)

I learned that he taught Flying Crane Chi Kung which had self-manifested chi movement as its main approach. I was interested and he invited me to visit his classes. He students performed about 30 different exercises then went into vigorous chi flow.

He also volunteered to induce self-manifested chi movement in me. He tried to transmit chi to me via my ming meng vital point (located at the back along the waist), but my chi flow was so powerful that he was repelled away.

I tried to induce self-manifested chi movement myself. I opened my bai-hui vital point (at the crown of the head) and massage my qi-hai vital point (at the abdominal dan tian), like what this master taught his students and also what I read in chi kung classics. Then I performed the 30 odd Frying Crane Chi Kung exercises in a chi kung state of mind.

Before I could complete about half of the intended exercises, I was already in a vigorous chi flow. The chi flow was so powerful that I went round and round my living room quite uncontrollably. It was my first time experiencing a very vigorous self-manifested chi movement and I did not know how to stop.

I had an idea. I threw myself onto a sofa to stop the vigorous chi movement. I did stop going round and round, but it was a very unpleasant feeling. Now I know that if a practitioner has this problem when stopping suddenly, he just has to go into some gentle chi flow, then think of his dan tian to let his flowing chi settle down. But I did not know this technique then.

I researched the many chi kung classics that I had and learned a lot about self-manifested chi movement. I learned various techniques to induce a vigorous chi flow, like stimulating energy points, performing gentle movements faster and faster, and feeling like drifting peacefully in clouds.

When my students in my various Eighteen Lohan Hands classes (which lasted for 6 months at that time) started to experience some chi movement, I encouraged them to go on. But at that time, I was new to self-manifested chi movement, so I was very careful, following and monitoring each student at a time as he (or she) enjoyed his more than average chi flow, asking him to slow down when the movement became too vigorous. Now I know that self-manifested chi movement is very safe, and I can go for a drink, leaving students to run and jump like monkeys and kangaroos on their own, provided, of course, the practice place is safe.

I noticed that students who recovered from serious illness, like asthma, diabetes, cancer, cardio-vascular disorders and kidney stones, usually had sessions of vigorous self-manifested chi movement prior to their recovery. Looking back with hindsight, this laid the seed of my conclusion now that it is chi flow, not the chi kung exercises themselves, that brings benefits of good health, vitality and longevity.

These two sets of self-manifested chi movement exercises were very effective. By then I had reduced the Eighteen Lohan Hands course from six months to three months. These two sets of exercises could enable students to have a vigorous chi flow in a few days instead of a few months. Those of you who learned from me in my early years of world-wide travels, like in Spain, Portugal and Germany, would have learnt these self-manifested chi movement exercises.

Chi flow has helped us tremendously in internal force development. I remember the first time I taught Lifting Water to a student in Australia, Ken, who was a Tai Chi instructor. After lifting our hands about a dozen times, we felt tremendous force in our hands. On hindsight, it was due to chi flow.

Lately I was investigating why our students could develop internal force in a matter of days when masters in the past, including myself, took years. A main reason was that we differentiated between skills and techniques. And the principal skill was our ability to generate chi flow.

I had a historic confirmation when teaching Iron Wire in Barcelona last year (2011). First I taught them the force-method, which is the orthodox method for Iron Wire. Then I taught them the flow-method. I asked the students to compare the two methods and tell me from their direct experience which method was more powerful. I was actually quite surprised when all of them told me the flow-method.

I had another confirmation recently in Frankfurt (September 2012). After teaching the force-method the first two days to develop internal force in the Triple Stretch, which produced a lot of force, I taught the students the flow-method on the third day. I asked them to compare the two methods and tell me from their direct experience which method produced more force. This time I was not surprised that 10 of them told me the flow-method and 2 said they were not sure.

The above is taken from Question 1 May 2013 Part 3 of the Selection of Questions and Answers.