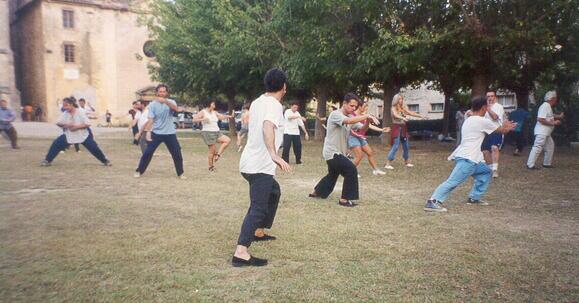 If you have the skills, you can learn the techniques

I have some book knowledge about qigong from the Chinese books I have read, which I know is not at all helpful in practicing qigong.

The qigong books are not helpful when you have little or no qigong skills. Skills are different from techniques — a fact many people may not realize. What books as well as videos show are techniques, i.e. some particular ways of performing qigong exercises. What is more important are skills, i.e. how (not what) these particular ways are to be performed.

Thirdly, even if he could perform the technique correctly, he might not do so efficiently. He might channel his vital energy to his abdominal energy field, but he might do it so badly (though the technique is correct) that the effect is minimal or, worse, it might even be harmful.

If students realize these three points, they will understand why unless they already have the relevant skills, it is very difficult if not impossible to learn arts like qigong and kungfu from books and videos.

An analogy will make the points clearer. Suppose you want to be a good footballer. You have bought an excellent book on football techniques. The book recommends that if you wish to kick a ball into a goal, a good way is to kick it into the bottom left hand corner of the goal, and it describes in details the technique to do so.

However, if you have fundamental qigong skills, then good qigong books can be very useful. Hence, those participants who have attended my Intensive Chi Kung Course, where they acquired high-level fundamental qigong skills, may practice any other qigong exercises they learn from books or videos, and often derive more benefits than those who learn the same exercises from living instructors.

Returning to our football analogy, if you already have high level football skills you can benefit greatly from football books, more than those who learn football from living coaches. Suppose you have a book that describes a technique whereby you can trick a goal-keeper by apparently kicking a ball to the bottom left corner of the goal but actually it shoots to the top right corner instead. Because you have the skills, you could practice the technique well. So in a football match, your opposing goal-keeper would be diving to one corner while you would score a goal with the ball going in at the opposite corner.

In the same way I benefited greatly from Taijiquan classics although I had not learnt from a living Taijiquan master. Because of the skills I acquired from Shaolin Kungfu which could readily be transferred to Taijiquan, I could effectively practice Taijiquan principles and techniques which those who merely practiced external Taiji forms would never understand.

The above is taken from Question 5 of July 2004 Part 1 of the Selection of Questions and Answers.