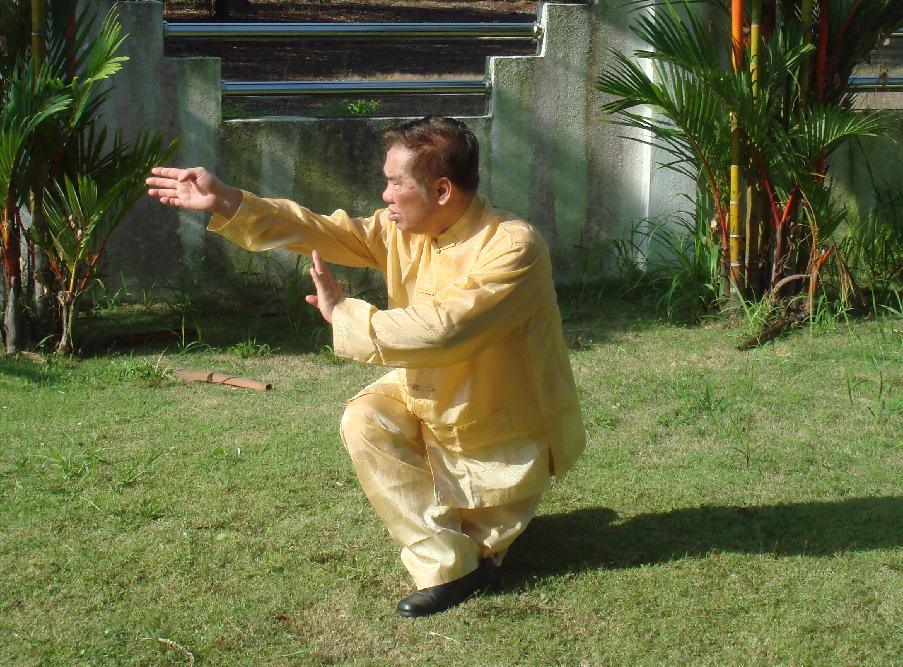 All kungfu forms, including those that seem flowery like the one above demonstrated by Grandmaster Wong, can be used in combat

I am a member of a Shaolin kung fu association. In freestyle sparring we use general kick boxing techniques. So I find it difficult to learn the applications of my forms. How can I improve my knowledge of my forms and do I have to be an advanced student to learn chi kung?

Yours is a common example of most kungfu students today. You cannot spar using the forms you have learnt in solo practice simply because you have never been taught to do so. Why didn't your instructors teach you how to use kungfu patterns to spar? Because they themselves did not know. Like you, their kungfu training consists mainly, or sololy, of performing forms.

When you attempt sparring you will fall back on kickboxing techniques, because these techniques are the most "natural" to someone not trainied in "artificial" sparring. Using kungfu forms to spar is "artificial". For example, to someone not trained in any martial arts, when an assailent punches him, it would be "natural" for him to block as in boxing or kickboxing. It would be very "artificial" for him to lower into a False-Leg Stance and swerve his arm in an arc in a tiger-claw form. "Artificial" means "made by man". All kungfu forms are man-made. But a kungfu practitioner practises and practises these man-made forms until they have become second-nature to him.

You can improve your knowledge of your forms or any aspects of kungfu by reading about them. But kungfu is not knowledge; it is a practical art. Here is where you and many other people, especially in the West, make the big mistake. You may be very knowledgeable in kungfu, and may also win trophies in demonstrative competitions, but if you have no practical experience in methodical sparriang, when you spar with Taekwondo or Karate brownbelts, you would become a sitting duck. This is the sad situation of more than 80 percent of people all over the world who think they learn kungfu, when actually what they have been learning is just some demonstrative forms.

If you learn real kungfu, you will practise chi kung right at the start. Chi kung is the art of managing energy. How can any martial art be effective if there is no provision for energy management? Here, of course, I am using the terms "kungfu" and "chi kung" as they were originally used in the past. Their modern sterotyped meanings have changed drastically. In the modern context, "kungfu" and "chi kung", which are more of gymnastics and dance than martial arts and energy management, are usually taught separately. In such a situation, it does not matter when, or if ever, you learn chi kung. 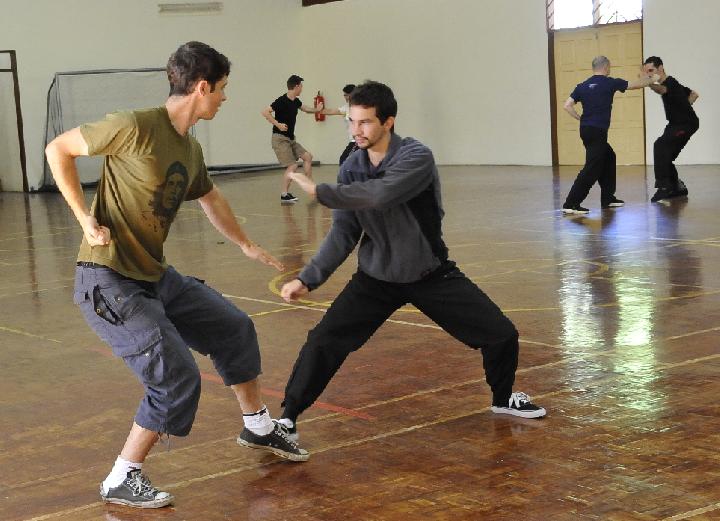 If you wish to be able to use kungfu patterns to spar, you must learn from a teacher who himself has this ability and is willing to teach you