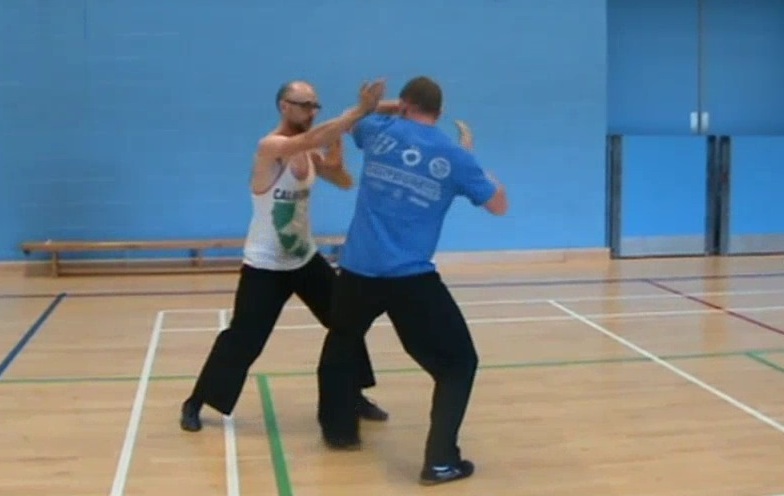 Can techniques be directly taken out of forms to be used in real life situations or must they first be modified? Adam, United Kingdom

Yes, kungfu techniques can, and should, be directly taken out of forms to be used in real combat. In fact, this was how kungfu techniques developed. At first there were no techniques. Combatants fought freely, like what untrained persons do today.

Please remember that throughout the centuries kungfu was meant for real life fighting. It was never meant as a competitive sport with safety rules, or a demonstrative art to please spectators. Kungfu was meant for real life fighting where the outcome was not trophies or price money, but often life or death. Kungfu exponents diligently practiced and religiously used their kungfu forms in real life combat not because the forms looked nice or the forms identified them to certain styles, but because the kungfu forms gave them the best chance to stay alive.

Just some common sense will make one realize that if traditional kungfu forms with appropriate stances were not effective for fighting, kungfu exponents in the past would not have spent so much time and effort training them. If bouncing about and throwing punches and high kicks as in Western Boxing and Kickboxing were most effective for real life combat, the kungfu exponents would have diligently practiced and religiously used bouncing about, throwing punches and high kicks instead. 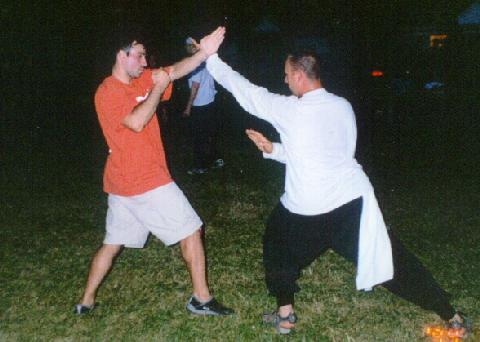 Eugene and Anton practicing free sparring during an Intensive Shaolin Kungfu Course in Toronto. Although Eugene learned kungfu forms from Sifu Wong's books, he could perform the forms reasonably well.

Please e mail your questions to secretary@shaolin.org stating your name, country and this webpage for reference. E-mails without these particulars may not be answered