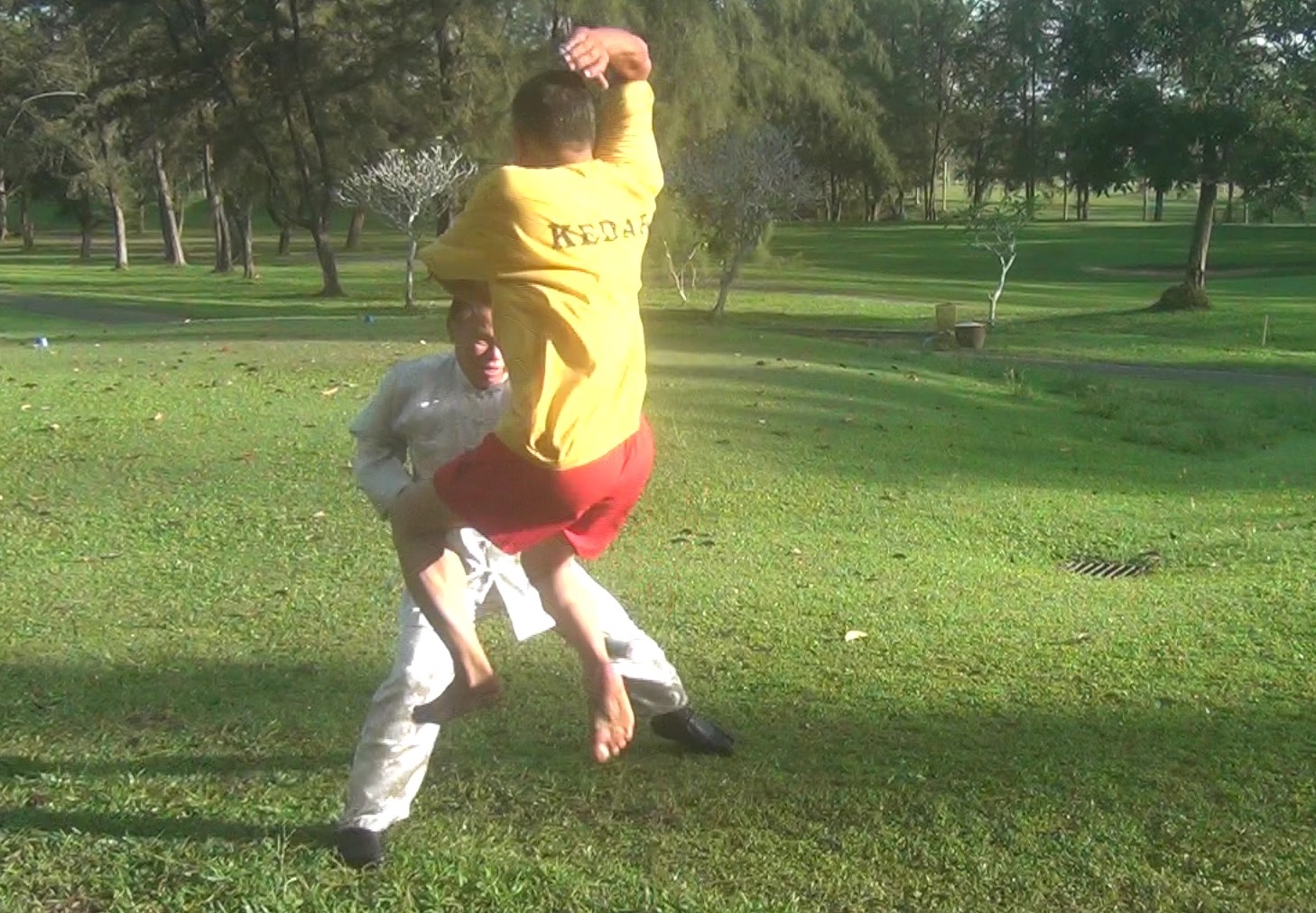 There are certain videos of yours which I doubt so much. You perform cat stance and keep your hands wide open. The ribs are wide open and it will be easy for a Muay Thai fighter to kick there with force. How do you think that such a fighting stance can help me counter Muay Thai? I mean it does but I feel it doesn’t help every time, and if you can, then please help me more in this aspect.

I don't know which videos you referred to. But you can be sure of the following three facts:

There are countless counters I can use if a Muay Thai fighter kicks my ribs with force. I may, for example, use the two examples mentioned above, namely "Heavenly Dragon Descends on Earth" or "Cloud Hands".

It would be interesting to ask how would a fragile-looking lady counter a ferocious Muay Thai fighter. You can get a lot of answers from my webpage Shaolin Counters against Muay Thai Attacks.

Is that technique focusing more on distance maintenance? Or is there any other stance based on traditional Shaolin which you can show where I can cover my ribs and make my legs strong enough to handle Muay Thai low kicks as well as techniques to counter their continuous boxing and punch them back or kick them back?

As I do not know which technique you referred to, I cannot give you a specific answer. But a general answer is that it does not matter what technique a Shaolin practitioner adopts, he can use it for distance maintenance or close combat. Kungfu is alive.

This applies to all styles of kungfu, not just Shaolin. Of course, the practitioner must be practicing genuine kungfu. Unfortunately today most practitioners only practice external kungfu forms, and bounce about when they have to spar.

Making your legs strong enough to handle Muay Thai low kicks or any attacks is third-class kungfu. In first-class kungfu you don't have to meet your opponent's strong legs.

You can see some first-class kungfu used by a fragile-looking lady against a ferocious Muay Thai fighter in the webpage mentioned above. 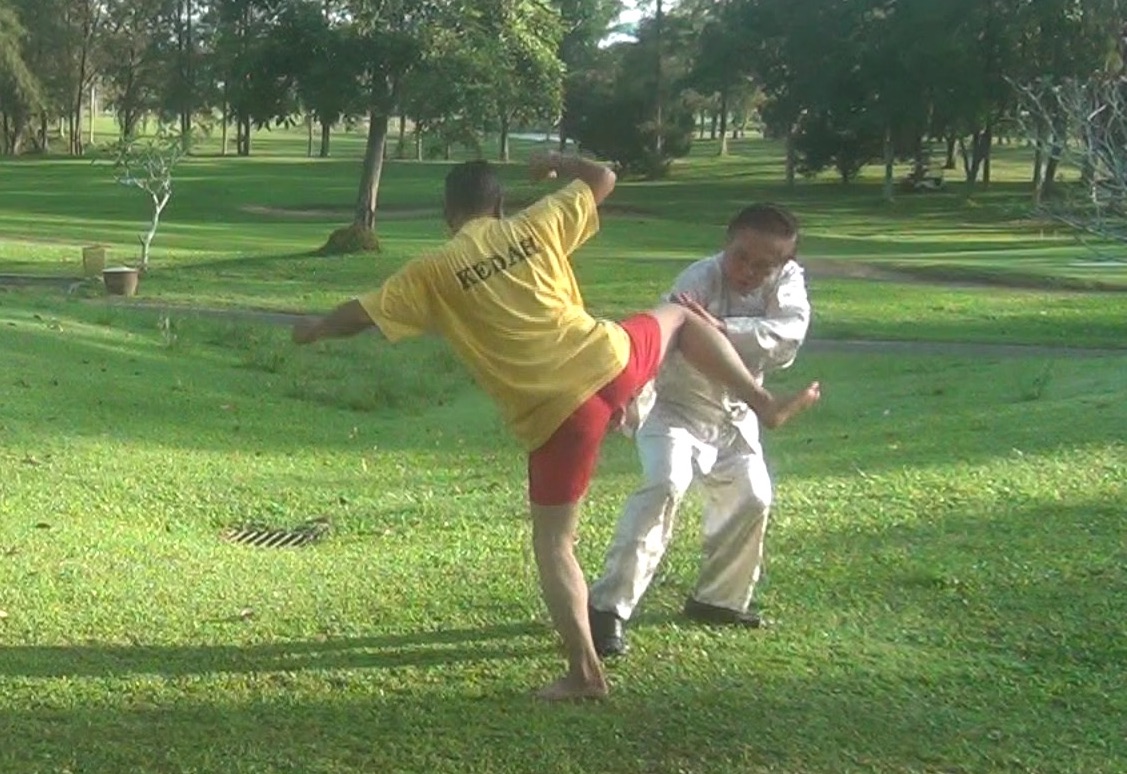