IS INTERNAL FORCE USEFUL TO PEOPLE WHO DO NOT PRACTICE MARTIAL ART? 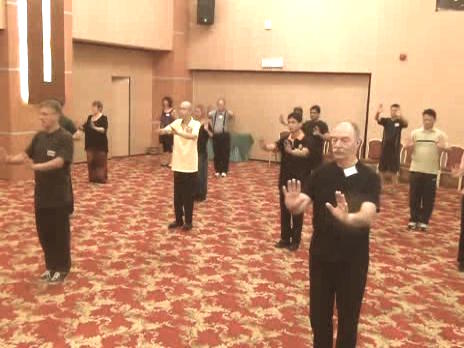 Is internal force useful for people who do not practice marital arts?

Yes, of course. There are three main functions of internal force:

The second function of internal force is to enhance life. There are countless manifestations of this function. Many people come back from work tired, and just sit themselves in front of their television set without actually watching it.

But if you have internal force, you will bounce home with energy even after a hard day's work which you also enjoy, and spend quality time with your wife and children. This is enhancing life.

For example, previously you needed five hours to complete a job. Now you can do the job in three hours and have better result. Previously you became tired after a game. Now with internal force you can continue playing and playing, and not become tired.

The above is taken from Question 4 April 2012 Part 3 of the Selection of Questions and Answers.