KUNGFU IS FOR FIGHTING 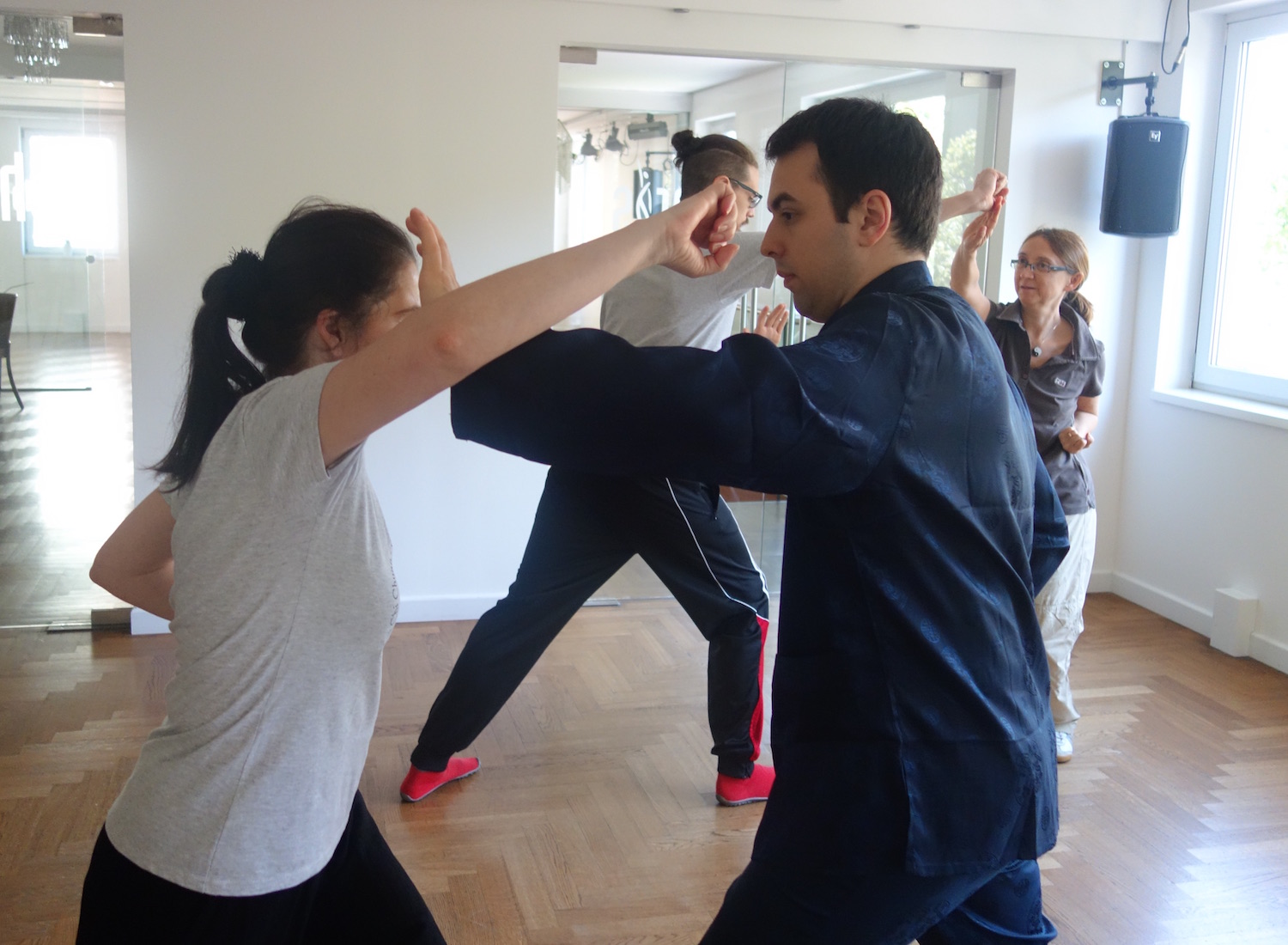 Kungfu is for fighting

My sifu says that kungfu cannot be used for fighting. If we want to fight, we have to use Boxing or Karate. Is it true?

It is not true.

Kungfu, any kungfu, is for fighting. If a kungfu practitioner after practicing his art for some time and still cannot use his kungfu to fight, he can conclude that what he has been practicing is not genuine kungfu. He may lose to a better fighter, irrespective of what martial art the opponent practices or the opponent may not practice any martial art but has a lot of fighting experience.

Boxing and Karate, as well as Kick-Boxing, Judo, Aikido, Taekwondo, Muay Thai, Wrestling and Mixed Martial Arts are actually martial sports, not real fighting arts. As sports, they are protected by safety rules. You cannot, for example, kick a Boxer, grip the arms of a Karateka, or poke the eyes of a Muay Thai fighter. But you can kick, grip, poke the eyes or perform any form of attack on a kungfu practitioner.

Besides fighting, there are of course other benefits of practicing kungfu which can be transferred to daily living. Practicing kungfu, for example, calls for perseverance, quick reflexes and improves our daily activities. Good kungfu develops internal force, which enhances whatever we do. Great kungfu gives us spiritual joys, like making us happy and peaceful.

But genuine kungfu is rare today. Most kungfu practitioners today only perform external kungfu forms, or use other martial techniques for combat. Good kungfu and great kungfu are rarer still.

Reproduced from January 2019 Part 3 of the Selection of Questions and Answers.