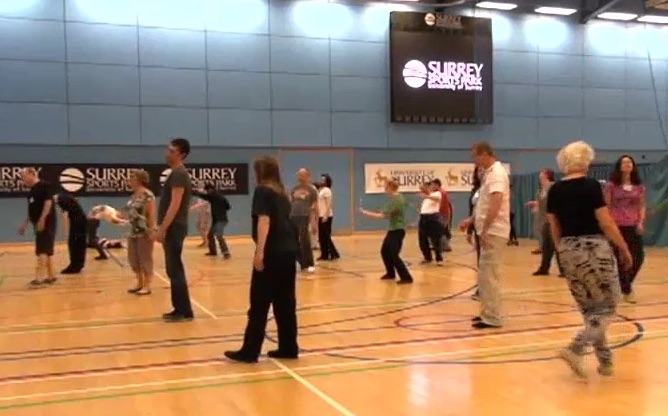 When we were doing self-manifested chi flow some people were laughing, others stamping their feet and moving very vigorously and I was just swaying. I have read from your books that people can make strange noises etc but what does it mean if you just sway a little? I was wondering whether I was just loosing my balance and thus swayed a little because I had relaxed my legs so much? I did feel great afterwards so I know something was working.

“Self Manifested Chi Movement”, or “zi fa dong gong” in Chinese, is a wonderful genre of chi kung exercises. It has helped many people overcome so-called incurable diseases.

By going into a chi kung state of mind, and performing some appropriate chi kung movements, practitioners move about “involuntarily”. Some may move vigorously, some stamp their feet, some laugh or cry or make funny noises, some dance or perform Taijiquan-like movements, while others may just sway about gently. Those who have not experienced or seen “Self Manifested Chi Movement” may not believe it possible.

I use inverted commas for “involuntarily” because actually the practitioners can control the movements if they want, but they let go and allow the chi flow to move their body and limbs spontaneously. The kind of movements varies, and is influenced by such variables like the types of exercise the practitioners performed, their body's needs, and their state of mind. “Self Manifested Chi Movement” is non-religious and non-spiritualistic. The sometimes funny movements are due to enhanced natural chi flow.

It is common for beginners to wonder whether their movements were due to their losing balance. No, it is not. In fact, it is the reverse. The chi movement is an efficient way for them to regain energy balance. Due to blockage, some energy is locked in some parts of their body, resulting in energy imbalance which may lead to various forms of illness. By practicing “Self Manifested Chi Movement”, their vigorous chi flow clears the blockage, which may be emotional and mental besides physical, restores their harmonious energy flow and brings them back to good health.

The above is taken from Question 8 Aug 2002 Part 1 of the Selection of Questions and Answers.