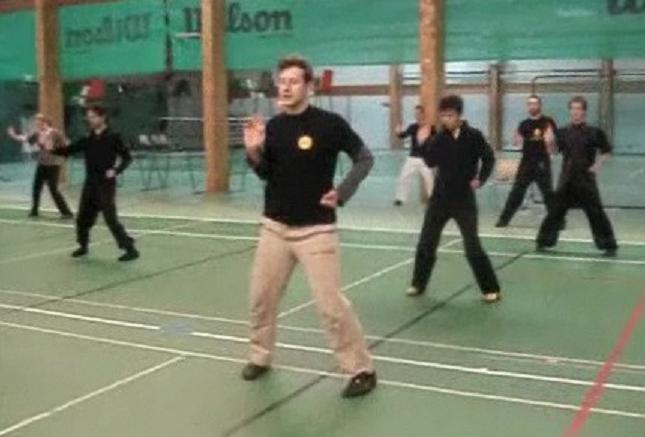 The method did not come all at once; it evolved gradually. Firstly, we have to learn the routine of the set. This is what most kungfu practitioners do. Unfortunately most of them only do this. They start learning kungfu sets, and continue learning kungfu sets throughout their kungfu career.

In our school I paid much attention to picture-perfect form, which Sifu Ho Fatt Nam and Uncle Righteousness emphasized. You may notice that when I teach chi kung, I do not pay so much attention to form. The main idea is to get the students to have an energy flow. But in kungfu, form is important. If the kungfu form is not picture-perfect, it will not have the advantages of combat.

I noticed that in my courses, kungfu students had little force. Some of them merely performed the form. So I taught them how to employ force in their patterns. Later I found that students might have force, but their kungfu patterns did not flow smoothly. So I introduced flow.

Over many years we evolved a system whereby students could perform a kungfu set in its correct routine with picture-perfect form, good force and smooth flow. I discovered that when students focused on the flow of their patterns, they often neglected their force and form. So I introduced the concept of "progressing without retrogressing". Students could perform patterns in a set in a flowing manner without neglecting their force and form, and following with the routine of the set.

We call this progression of learning the routine, picture-perfect form, force and flow of a kungfu set the force method. It was the initial method I used when teaching a kungfu set, and was specially useful in Shaolin Kungfu. When I taught Taijiquan, the emphasis was on flow. So gradually we developed the flow method, which is learning the routine of the set, making the form picture-perfect, focusing on the flow of the patterns, and when the flow is very smooth we attain force.