THEORY AND EXPERIENCE IN EASTERN CULTURE 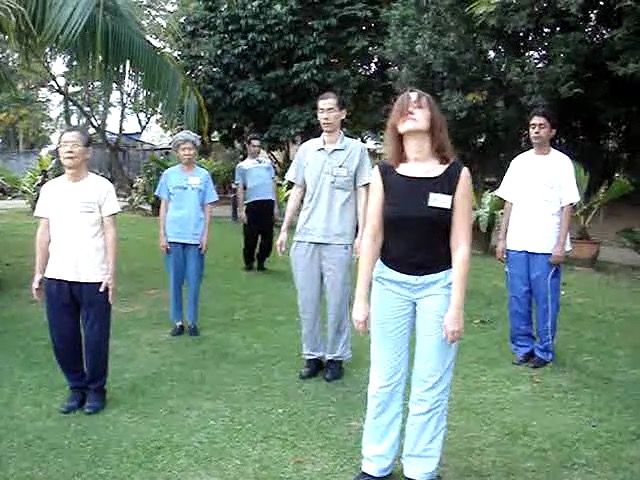 I have got your other book too (Chi Kung for Health and Vitality) and I have studied both books very carefully because I find the theory behind Chi Kung very interesting.

It is worthwhile to note the difference regarding theory between Eastern and Western culture. In Eastern culture, a theory is an explanation of what has happened.

In Western culture, when we say taking too much sugar will cause diabetes, we formulate a theory that excess sugar causes diabetes. The theory comes first, experience follows. After formulating this theory, we go into the real world to find examples that justify our theory.

I believe that the word "theory" originally meant "explanation", but we have used it so often in place of the word "hypothesis" that we often forget its original meaning.

Realizing the difference may highlight some important points for us. It is interesting that from the Eastern perspective, even if the theory were wrong, i.e. even if illness were not caused by energy blockage but by some other factors, the fact remains that when people have energy blockage, they become ill. This fact existed first, the formulation of the theory came later.

But more significantly, chi kung masters over many centuries discovered from their experience that if the patients overcame their energy blockage, they regained their good health. We have a lot of confirmation of this fact in our chi kung classes. Different students in the same class had different illness. We normally did not even ask what their illness was. We taught the different students with different illness the same chi kung exercises to generate energy flow to clear their energy blockage. After a few months, they reported that they regained good health.

On the other hand, if we question diabetes patients, we would find that the intact of sugar of diabetes patients before the incidence of diabetes was normal, not excessive. And of course after being diagnosed that they have diabetes, they take little or no sugar, yet they still suffer from diabetes. Interestingly, other people, like me, who take a lot of sugar do not have diabetes. It is quite surprising why our medical scientists do not question the theory that taking a lot of sugar causes diabetes.

The above is taken from Question 5 February 2010 Part 2 of the Selection of Questions and Answers.