CULTIVATING TO BE COMFORTABLE UNDER PRESSURE 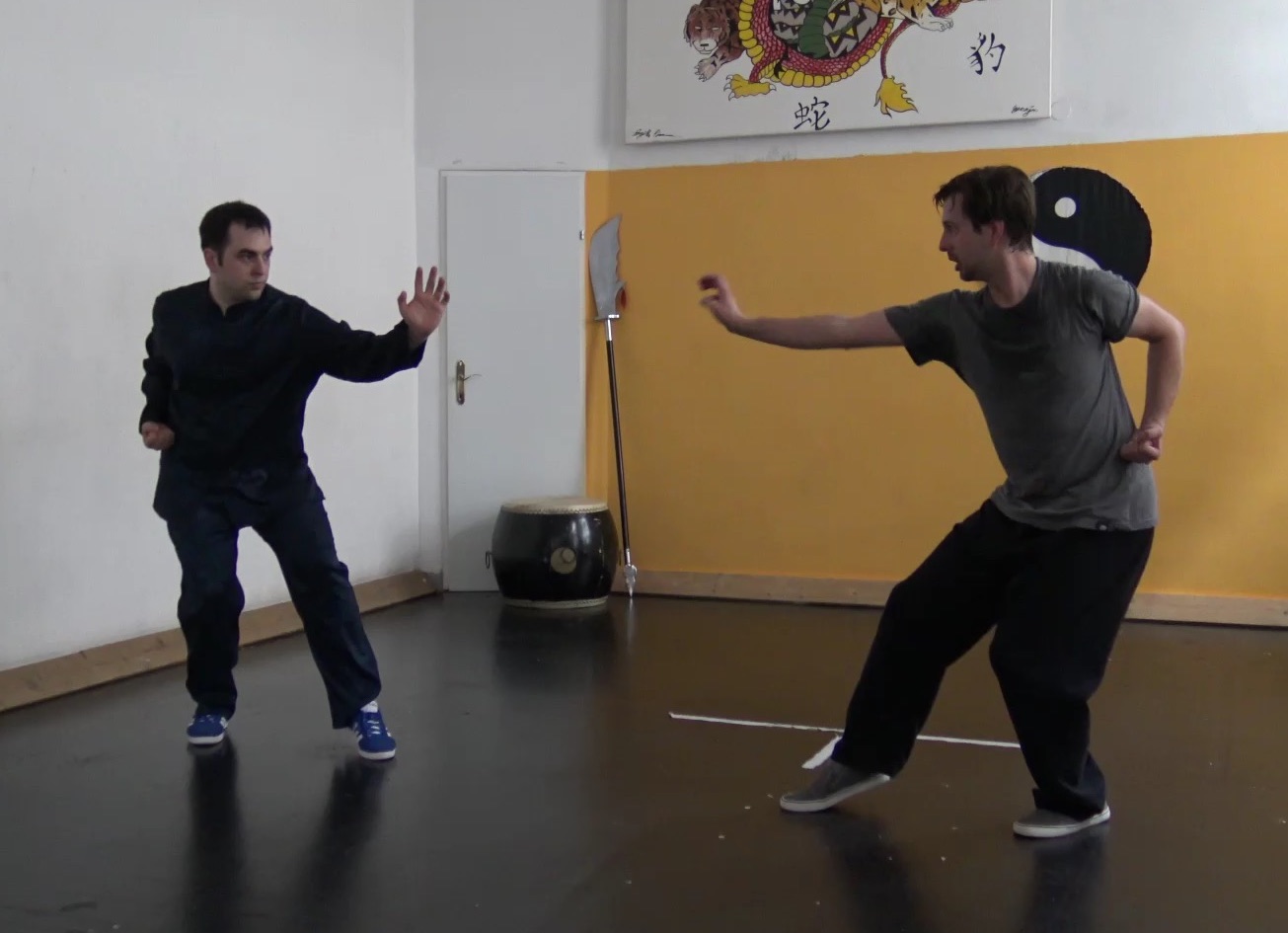 How did students cultivate to be comfortable under pressure, knowing they would be hit, maimed or killed? But knowing your partner will stop on or before contact may be less demanding.

There were no special methods in my sifu's school or in the Shaolin Temples in the past to cultivate students to be comfortable in sparring or fighting. By just practicing their arts the way they were taught, they would be relaxed and efficient in sparring or real combat.

It was not true that when they sparred with their classmates, they would be under pressure. They knew very well that their sparring partners would not hit, maim or kill them. They had complete trust in their sparring classmates, who were like their brothers.

This is the same with us today. Apart from our normal training, we do not need special methods to train to be relaxed when sparring with our classmates. We know that a Black Tiger or a Poisonous Snake could kill if it actually hits someone with full force, but in our demonstration we just freeze to allow our sparring partners to access their spacing, trusting them very well that they would stop the attack an inch or two away.

The anxious and panicky feeling is due to a lack of real fighting experience. An effective way to overcome it is to gently sink the chi to the dan tian. This, in fact, was what past masters did in real fighting, and what we do in our sparring practice. At the start of the fight, past masters sank their chi to their dan tian as they assumed their poise patterns.

If the anxious or panicky feeling still exists, then breathe out gently a few times while getting into the "four preparations". These methods will enable a combatant to be relaxed and focused so that he can give his best in combat.

When sparring with their classmates, our students are not stressful because, as you have rightly said, they know that even when they fail in their defence, their classmates will stop their attack on or before contact. But in a real fight or even friendly sparring with other people, our students may be stressful because they know they would not have this brotherly concern.

The numerous steps I have mentioned above will help them eliminate their fear or anxiety. But if they still have some fear or anxiety, the following thoughts would be helpful.

From their own experience in class sparring, they know that size is not important. Even when a sparring partner is twice his size, because of his internal force he can still handle his big-sized sparring partner comfortably. Hence, if he happens to meet a huge opponent in a real fight, he should think of the opponent as one of the big-sized classmates whom he can handle easily. This, in fact, was a very useful advice my sihengs told me years ago when I learn from Sitaigung Ho.

Secondly, apart from real masters and professional fighters, the striking power of martial artists today is really not much. This statement may make many people angry, but we are not afraid to state the truth for our students' benefit. Of course this does not mean we encourage our students to be arrogant and start accepting challenges, but it is meant to assure them so that they can be relaxed and confident if they ever happen to be in a real fight.

Considering the generous exchanges of blows in free sparring today, many martial artists would be dead by now if their strikes were powerful. So unless the strikes land on eyes, throats, groins or other vital spots, which our students must protect at all cost, being accidentally hit on the body a few times is really not a serious matter. This statement must be understood in its intended meaning. Our students must always adopt the combat philosophy that they should not be hit at all, not even once. Notwithstanding this, if they were being hit, it is not likely to be damaging. This thought would give them much confidence in real fights.

A third thought that would give much confidence to our students in real fights, is that they should aim at bringing down their opponents with just one or two strikes. This is in direct contrast with many martial artists today who generally throw punches and kicks wildly. We train our students to be kind even to our opponents and avoid hurting them as far as possible. But if the situation warrants it, our students must not be afraid to strike down an opponent with a decisive, powerful strike. This is being righteous and courageous, i.e. doing the right thing without fear.

The above is taken from Question 4 of August 2009 Part 3 of the Selection of Questions and Answers.