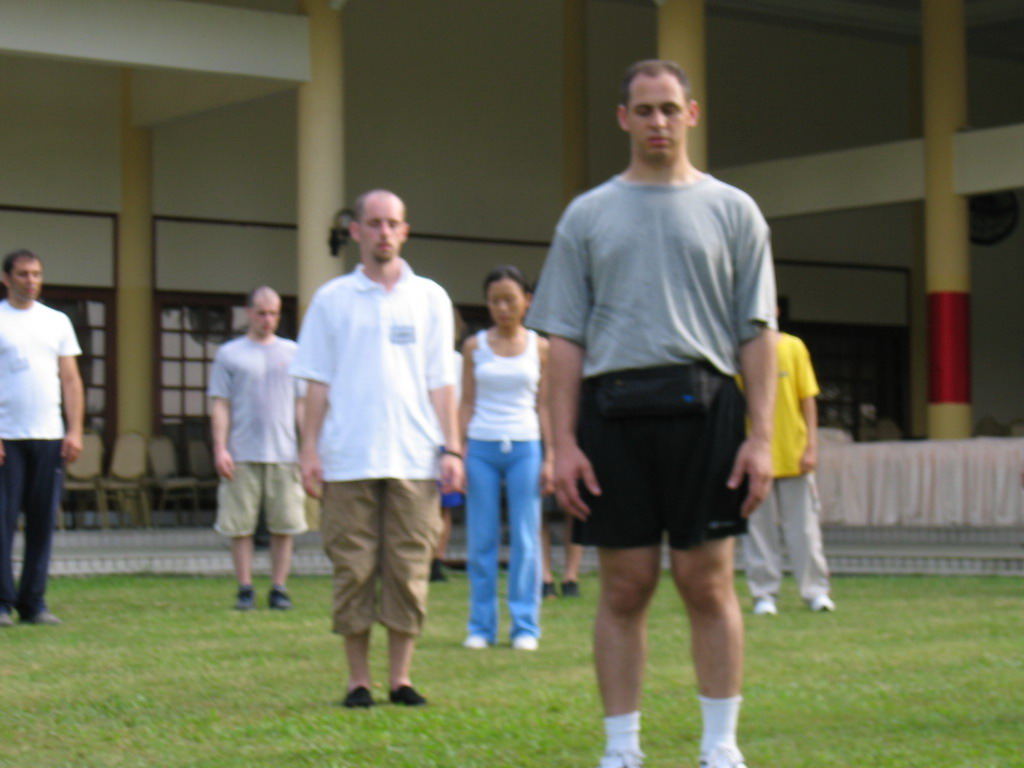 During Standing Meditation after some vigorous kungfu training, we feel inner peace, happiness and a tremendous sense of freedom.

I have been studying Shaolin martial arts for some time now and have for the last few years been trying to better understand the Shaolin monastic tradition.

Your questions, while interesting, are like those that prompted the great Bodhidharma, the First Patriarch of the Shaolin arts, to ask the monks to burn their books and focus on their practice.

One should note it was not that Bodhidharma was against book learning but book learning alone, while providing useful intellectual knowledge and which the monks were doing to the extent of neglecting their practical application, would not help the monks to attain their goal, i.e. Enlightenment.

It also strikes me that you are too captivated by words alone, without actually being aware of what you really want to say. For example what do your really mean by “the methodology, structure, language and cosmology of that process”? By “that process” do you refer to the meditation, purification or mental discipline the monk did, or to the writing of many books, or to the discussion on the monks' practice?

Until you are clear of what you mean, it would not be meaningful to comment on your statement or answer your implied question to your satisfaction.

But the irony is that irrespective of your intended meanings of the words you use, and even when satisfied answers are given to you, you will still not have a better understanding of the meditation, purification, mental discipline of the monks, or of Shaolin martial arts or the Shaolin monastic tradition.

Although pages or even volumes can be written for the explanation, it can be briefly summed up in one paragraph as follows.

You are concerned with intellectualization. While intellectualization may provide some mental pleasure (or confusion), it cannot enable you to have a better understanding of the issue in question, irrespective of whether the issue is Shaolin martial arts, the Shaolin monastic tradition, meditation or something else. It is because these issues concern practical experience. Unless you have practical experience, you would not understand what is being described or explained even though the description or explanation is accurate.

Another two paragraphs of elaboration may make my point clearer. 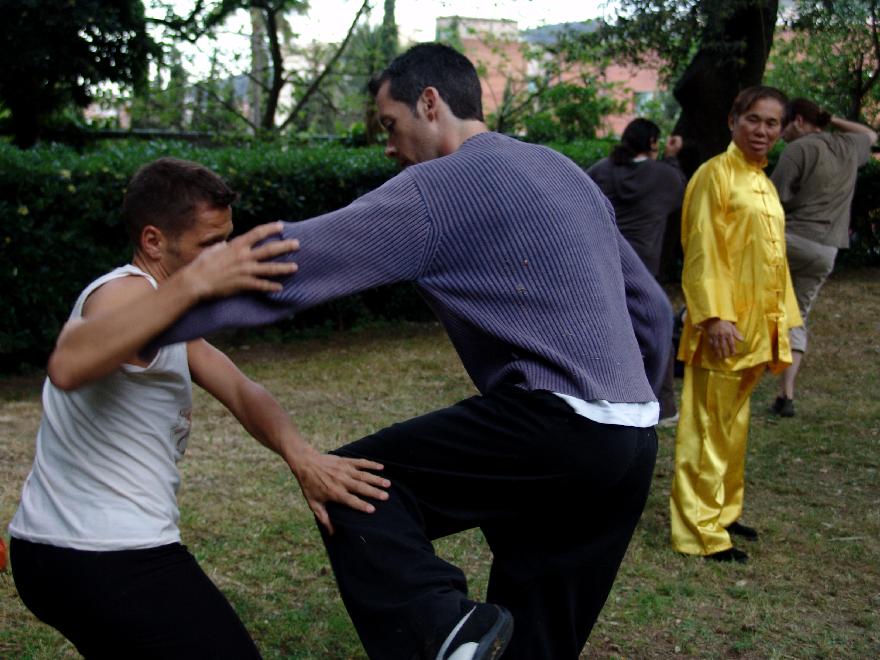 We all recognize the martial aspect and the need in the time of its development but what is less obvious are the ways in which it was applied to the development of the monks consciousness.

What ways and how the martial aspect of the Shaolin martial arts were applied to the development of the monks' consciousness are less obvious and probably not intelligible to you and also to most people because you (and most people) lack the practical experience, regardless of whether you have been exposed to its relevant literature.

But these ways and how they apply to our consciousness in Shaolin Wahnam are clearly obvious and intelligible, because we (i.e. Shaolin Wahnam practitioners, including me) have practical experience of their benefits. By correlation, we can also understand the ways the martial aspect applied to the monks' consciousness.

When we practice the Shaolin martial arts, for example, we feel relaxed and mentally fresh. When we enter Zen at the completion of our practice, we feel a tremendous sense of peace, freedom and inner happiness. Sometimes we may have a glimpse of cosmic reality.

We are also exposed to classical literature describing both the methodology and the effects of the Shaolin arts on the practitioners' consciousness, usually called “heart” in classical text, translated as “mind” in English.

When we practice the Shaolin martial arts or employ them in combat, for example, we should “hei koon tan tien”, which is in Cantonese pronunciation and it means “focus our intrinsic energy at our abdominal energy field”. As a result we attain “sam ching yu shuei”, which means “mind that is calm and clear like placid water”.