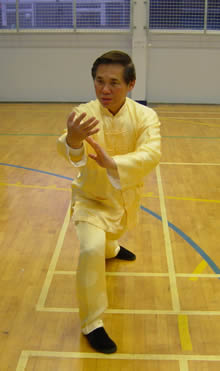 Since then I have been practicing Tai Chi extensively. I have found an instructor that I think is very competent. After 5 months of practice, my wrist problem was almost completely healed. I was progressing, and enjoying it more and more.

Congratulations for having a good teacher. It is not easy to get good teachers nowadays. Many Tai Chi and chi kung teachers today do not really know what they are teaching is not Tai Chi Chuan or chi kung.

For example, they do not know that Tai Chi Chuan is an internal, martial art, or what chi is. This is evident from the fact that there is nothing internal or martial in the Tai Chi they teach, and they and their students never have any experience of chi.

Once during my public talk in Spain on chi kung, a woman from the audience argued with me saying that Tai Chi Chuan was not a martial art. She said she and hundreds of Tai Chi teachers, including Chinese, had been teaching it as a gentle exercise. On another occasion, a Chinese Taiji (Tai Chi) instructor sent by the Chinese government to teach Taiji in Malaysia, insisted that there was no such thing as chi in Taijiquan! He also admitted that he could not use his Taiji for self defence.

The vast majority of those who practice Taiji and chi kung today, including in contemporary China, practice and promote them as gentle, physical exercise. They also hold key positions in national and international Taiji and chi kung organizations, and sometimes decide on who can or cannot teach these arts. If the general public or government bodies wish to have any official information on Tai Chi Chuan or chi kung, they usually turn to these key personnel for advice.

The above is taken from Question 3 of Mar 2004 Part 3 of the Selection of Questions and Answers.