WILL GENUINE SHAOLIN KUNGFU BE LOST? 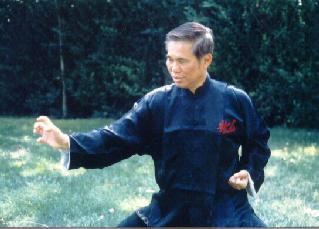 You mentioned several times in your Q&A sections that traditional Shaolin Kungfu (the real stuff) is no longer taught in the Shaolin Temple nowadays. Does that means the Shaolin arts will eventually vanish?

No, the true Shaolin arts will not be lost. Thomas, a dedicated kungfu master in Germany and who attended my Intensive Shaolin Kungfu Course, told me a very inspiring real-life story. Kungfu is his life-blood. He went to the Shaolin Temple as well as many other established kungfu centres in China to learn kungfu and chi kung, and to complete his doctorate thesis on Shaolin Kungfu. He was so disappointed with what he found that he cried.

I have done a lot of research into the history, philosophy and practice of Shaolin Kungfu, and I am convinced that what I practise is what was practised at the southern Shaolin Temple (or Temples) in the past. My lineage from Uncle Righteousness and from Sifu Ho Fatt Nam traced back to the Shaolin Temple, our philosophy exhibits typical Shaolin traditions, and our skills and techniques are exactly like what is recorded in established Shaolin classics.

For example, we emphasize force training and combat application, and not learning kungfu sets. We pay a lot of importance to stances, and not just bouncing about as in Western boxing. We practise energy flow and Zen, and not weight-lifting and rope skipping. We use typical Shaolin patterns in sparring, and not free-style fighting. Even masters and grandmasters attending our intensive courses for a few days were amazed at the profundity and effectiveness of the Shaolin Kungfu we practise.

Many people may not believe in what I say or have done, and think I am bullshitting. That is their business. The Shaolin arts are marvellous, but they are not passed on to any Tom, Dick and Harry, they are taught only to the deserving.

The above is taken from Question 3 Sept 2001 Part 2 of the Selection of Questions and Answers.