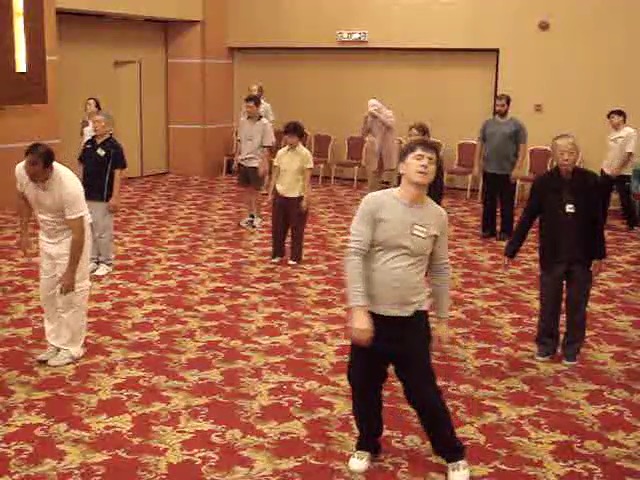 I am 20 years old and I have had diabetes since I was a child. I've heard from some people that I might be able to cure myself, and I would be extremely happy if I could. I would greatly appreciate any help you can offer.

I can help you, but the most important is that you must help yourself.

Yes, diabetes can be overcome, and I have helped many people overcome the disease. My early record of a diabetes cure was five weeks.

Vitante who lived in Alicante in Spain, suffered from diabetes for many years, and he was overjoyed when I told him that his illness could be cured. I still remember he said I was the first perosn to tell him that he could cure himself of diabetes. I taught him some chi kung exercises for him to practice.

Five weeks later while I was teaching chi kung in Madrid I was surprised that many students came from Alicante. I asked them why they had not taken my chi kung course in Alicante but traveled all the way to Madrid to take it. They said they were inspired by Vitante who told them he was cured of diabetes after learning chi kung from me.

This five-week record of diabetes cure was broken on the Blue Mountain in Costa Rica. One day Ecaudor told me happily that he was cured of diabetes after practicing chi kung from me on the Blue Mountain. I asked him how he knew he was cured. He said that his diabetes was so bad that he had to monitor his sugar level everyday. He found his condition improving everyday, and on the seventh day his sugar level was back to normal. He continued to take courses from me, and his diabetes never relapsed.

In an Intensive Chi Kung course in Penang from 14th to 18th October 2009, a top business executive with the same name as you but three times your age, asked me whether diabetes could be cured. I told him my 5-week record and 7-day record to inspire him. Francis said to me, "Sifu, I want to break your records!" I was very impressed with Francis and encouraged him. True enough, at the graduation dinner on the thrid day of the course, Francis told me the wonderful news that his sugar level was back to normal. He explained that his diabetes was so bad that he had to check his sugar level daily. That morning it was normal, and he confirmed it again before attending the graduation dinner.

Understandably, recovering from diabetes in just 3 days or even 5 weeks is too fast for people to believe it is possible, but the three cases were true. These were exceptional cases. I tell people that it normally takes between 6 to 9 months to recover from diabetes by practicing chi kung learnt from me or any of our instructors. Even that we cannot guarantee the patient will definitely be cured as recovery also depends on other factors like whether he has practiced correctly.

Obviously by listening to these successful cases, inspiring they may be, would not cure you of your diabetes. You have to learn chi kung from me or our certified instructors. I suggest you attend my Intensive Chi Kung Course. Please apply to the Secreatry if you wish to attend. If you say you have no money or no time, or the course is too far away, then you are not helping yourself.

The above is taken from Question 8 August 2010 Part 2 of the Selection of Questions and Answers.