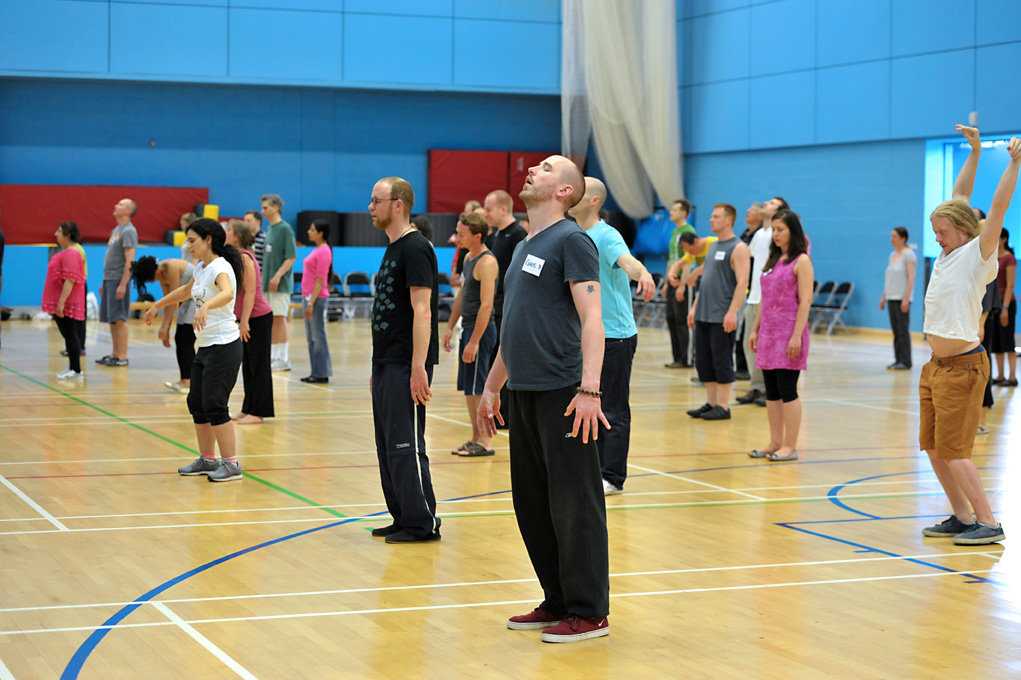 Also, as a genuine and experienced Chi Kung master, what is your opinion on the following quoted comment?

"Traditional chi kung does not involve visualizing ... it is not specifically mentioned in the chi kung classics. At most, it is only briefly hinted at -- and even this reading requires a subjective interpretation. Visualization is the product of a modern era of chi kung practitioners, is not as well time-tested, and some medical practitioners have encountered patients with psychiatric disorders after a period of chi kung practice. There are even reports of people being "possessed". Original chi kung was only physical exercise -- meaning movement and breathing coordination exercises...."

The quoted comment is factually wrong in many places. I shall deal with the points one at a time.

This is factually wrong. All chi kung -- real chi kung, and not just chi kung external forms -- deals with mind, energy and physical body. Much of the mind aspect concerns visualization. For example, when a practitioner performs a simple movement, such as moving his arm outward, he "thinks" of chi flowing to his arm and fingers. This is visualization. At the end of an exercise, he stands still and "thinks" of his abdominal dan tian (energy field). This again is visualization.

I place "thinks" within inverted commas because it is not conscious or intellectual thinking; it is intuitive thinking, or visualization.

"It is not specifically mentioned in the chi kung classics. At most, it is only briefly hinted at -- and even this reading requires a subjective interpretation."

This again is factually wrong. Most chi kung classics mention visualization; many deal with it explicitly and in great details. Here are two random examples.

The "Jade Pendant Song of Chi Circulation" states as follows: "when long, retreat; when retreat, heaven".

The jade pendant on which the "Jade Pendant Song of Chi Circulation" was engraved, is an archaeological treasure belonging to BCE 380. It is the oldest record of chi kung extant today.

The following "Method of Taking Sun Energy" is recorded in a Taoist chi kung classic.

"At dawn. When the sun just rises. Face the sun. Sit or stand, according to wish. Bite teeth nine times. Breath out from the heart. Close eyes. Visualize majestic, pearly scenery of the sun shining beautifully over the green. Let the rays flow to you, a naked child. Spiritual splendour. Keep the colourful flowing mist in your eyes. Soak into your body. Down to your two feet. Up to the crown of your head. Also in the bright shine, visualize purple energy, like eyes of a child."

(Note: do NOT practise this method on your own.)

"Visualization is the product of a modern era of chi kung practitioners, is not as well time-tested".

The nature, quality and methods of visualization were unquestionably higher in the past than today. Most modern practitioners do not know how to visualize; rather they intellectualize, and they do not know the difference.

"and some medical practitioners have encountered patients with psychiatric disorders after a period of chi kung practice. There are even reports of people being possessed".

"Chi kung practice" above should read "wrong chi kung practice". This is not surprising when so many people, especially in Western societies, think that by learning from books or videos they can do as equally well what masters or properly trained practitioners do.

I would not be surprised if some people, despite my warning, practise on their own the Taoist method of taking sun energy described above. After a few weeks, or even a few days, they might teach others, in the grandiose idea of "sharing". They and their foolish students simply cannot accept the fact that advanced internal arts have to be learnt from a master. They are likely to have, and cause other to have, physical as well as psychiatric disorders.

But if chi kung is practiced correctly, it is excellent for overcoming psychiatric disorders and the state of being possessed. In my opinion, chi kung is more effective than psychiatry for overcoming these health problems. Psychiatric disorders are problems of consciousness, and being possessed are problems of the spirit. Psychiatry, a branch of modern Western medicine, addresses a patient at the physical level only, and has neither the concept nor the vocabulary for anything dealing with consciousness or spirit.

The person who made this statement, even though he might be called a chi kung "master", does not know what chi kung really is. "Chi kung" literally means "energy work". Hence, for any art or exercise to be called chi kung, the practitioner must work on his energy, not just on his physical body. If he does not actively, consciously work on his energy, even though the exercise he is performing is a genuine chi kung exercise, he would have debased it into physical exercise or breathing exercise. This, I believe, is the main contributing factor why much of chi kung today has become gymnastics or dance. 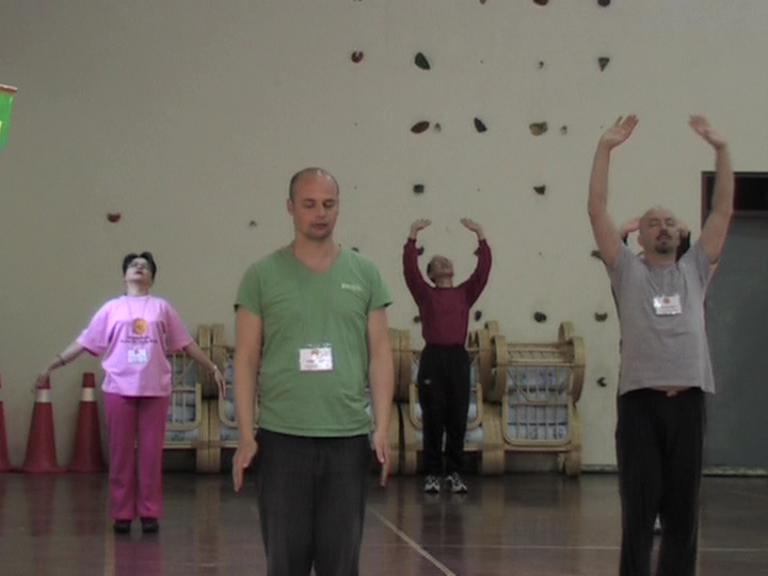 Chi kung is a cultivation of body, energy and spirit

Reproduced from Questions 5 in the January 2000 Part 3 issue of the Question-Answer Series.