WHEN TAIJIQUAN IS PRACTICED AS AN EXTERNAL DANCE 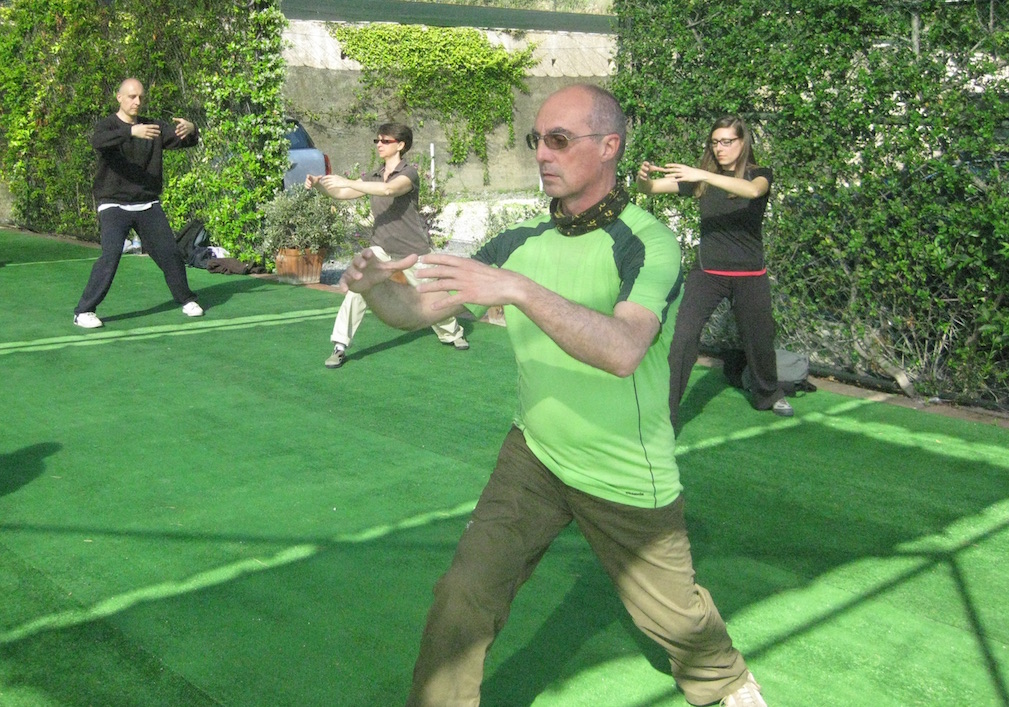 Thank you for your generosity in sharing many of the secrets of traditional kungfu via your websites and books (I bought all of them). I am especially grateful for your detailed exposition of the principles and training methodology for practising Shaolin Kungfu and Taijiquan as martial arts, especially the importance of zhan zhuang as the primary means of developing internal force. It is heartwarming to know that not all the traditional Chinese martial arts are in danger of extinction.

Thank you for your kind words. One main reason why I wrote my books, answer questions on my website, travel around the world to teach chi kung, Shaolin Kungfu and Taijiquan (I'm now, March 2004, in Peru), and miss my family for more than six months a year, is my real concern that these traditional Chinese arts may be lost to the world within two generations. This will be a great tragedy as these arts bring wonderful benefits.

The possibility of these arts disappearing from the earth is real. Today, world known Shaolin masters whom the world look up to as authority, teach Boxing and Kickboxing for combat, and world known Taijiquan masters publicly declare that there is no such a thing as internal force, and they advocate fighting like animals. One can easily confirm these facts by surfing the internet.

The great majority of the leaders as well as ordinary members of national and international organizations of these arts practice them as external exercises devoid of their essence. When governmental bodies or the interested public wish to have information of these arts, they will understandably approach these organizations for advice and direction.

Right now I have an example of such a situation. One of my Taijiquan disciples, Attilio from Italy, joins me here in Peru to visit Machu Picchu (one of the seven wonders of the world) as well as to further his Taijiquan training. He just told me that a doctor in Italy was teaching Taijiquan to patients as an official treatment programme, encouraged and paid by his hospital. This is welcoming news. An authorized medical establishment is exploiting the possibilities of using Taijiquan as a means to overcome so-called incurable diseases.

But what he teaches is external Taiji dance, and even this, according to reports Attilio has received, is not done well. Attilio told me that he had met many of such patients (Attilio is a well known figure in his community) but not a single person was satisfied with the doctor's teaching.

This doctor recently gave a public seminar to promote Taijiquan. When members of the audience asked him about other schools of Taijiquan, his response was that he learned from a professor in a prestigious university in China where Taijiquan was part of the university curriculum, and that his Taijiquan was the standard, and he advised the audience to be careful with teachers who charge fees for their teaching. (The irony is that although his teaching in the hospital is free, he also charges fees for his teaching elsewhere.) It is easy for the audience to accept his views as authoritative.

Attilio invited this doctor and Taijiquan teacher to my seminars in Italy, but he declined. Attilio's opinion is that he is afraid to find out what he is teaching is a far cry from genuine traditional Taijiquan (as practiced by past masters and explained in Taijiquan classics), as this may upset his connection with the prestigious university in China and the confidence the hospital has established in him. What many people do not realize is that Taijiquan is officially promoted in modern China as a sport, and not as an internal martial art. It is one of the seven categories in modernized wushu. 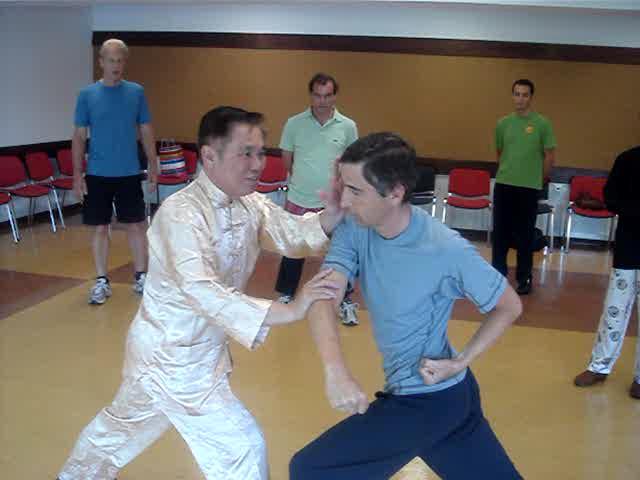 Taijiquan is not a dance; it is a martial art.

This article was taken from Question and Answer 1 of June 2004 Part 2 of the Selection of Questions and Answers.