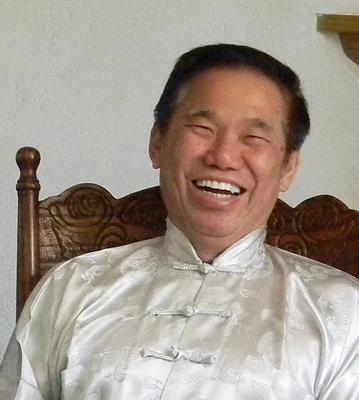 The warrior ideal, however, causes me concern. Yesterday, I was present while a woman was engaged in a very angry argument with a large man. I knew that if the confrontation became physical then I would have to help defeat the man to save the woman from harm. I am assuming here that she would not have been successful in combat against him, although I may be mistaken.

The point is that while I was determined to help her if necessary, I knew combat with this man could have been very dangerous since I am not skilled in the art of self defence. Fortunately the man merely made some childish comments and insults, then walked away. Sifu, I need to learn how to defend myself and others, helping to take on the ideals of the warrior.

If you are unprepared but fight someone stronger than you, then you are a lousy warrior. A good warrior fights only when he knows he will win. If the odds are even, he will use tactics or strategies so that he can turn the odds and have at least some advantages. If the odds are overwhelmingly against him, he retreats and saves himself to fight another day.

A scholar-warrior is even better. He wins without actual fighting. He does not want to fight if he can, but if he has no choice and has to fight, he will fight well and win elegantly, causing as little harm to his opponent as necessary. If possible, he wants to win a friend, not just defeat an enemy.

Of course this means he has to be at least one level, but usually a few levels, above his opponent in fighting and other abilities. No one says that becoming a scholar-warrior is easy. We know it demands a lot of hard work, but we aim for excellence and are prepared to work hard for it. Our task is made easier when we have vision and direction and use smart methods.

The situation you described was what a scholar-warrior would approve. You did not do anything but the aggressive man walked away. Your mere presence might, or might not, have contributed to the non-violent ending.

But suppose the confrontation became violent. What would a scholar-warrior do? Should he walk to the man and break his skull with an iron fist? He would save the woman from harm but would land himself in big trouble.

The above is taken from Question 3 of June 2003 Part 2 of the Selection of Questions and Answers.