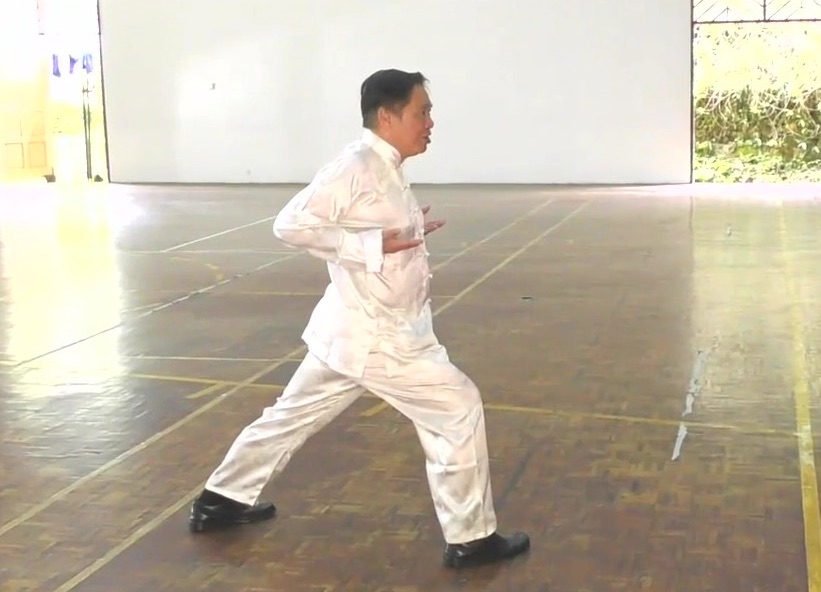 Why do many Yang Style Taijiquan students do their Bow-Arrow Stance wrongly?

We say that many Taijiquan students, especially in the West, perform their Bow-Arrow stance wrongly because it has brought them harm instead of benefit. Many of them have knee problems and back pain which they did not have before their Taijiquan practice! Had they practiced their Taijiquan form correctly, especially the Bow-Arrow stance, they would have overcome their knee problems and back pain, not started them.

This is a sensitive issue, but I choose to speak the truth for our, and also their, benefit. But if they choose not to listen, it is their problem and also their right, and we are not going to waste time over it.

The points I explained about stance training are secrets, not normally taught by masters to their students. The feet of the Bow-Arrow Stance are in line, with the toes hooked in about 45 degrees. The front knee should not bend beyond the front ankle. If you examine old pictures of past Yang Style masters, they performed their Bow-Arrow stance in this way.

But when they perform their Bow-Arrow stance, many Taiji students today have their front toes pointing forward, and their back toes pointing sideways. Their feet are also not in line. Worse, they shift their body forward, instead of rotating their body at their waist.

Another group of people who perform the stance wrongly, but in a different way, are wushu students. Their Bow-Arrow stance is too low, with their front knee beyond their front ankle. To the initiated, it is obvious that this position places excessive stress on their front knee, and chi (or energy) is locked up there, instead of flowing down to their feet to root them onto the ground.

But wushu students are not aware of these important points about the Bow-Arrow stance, and also not aware that their wrong practice causes them knee problem and back pain. It is no wonder that they cannot perform beyond 20 years of age.

The above is taken from Question 7 December 2017 Part 2 of the Selection of Questions and Answers.