KUNGFU TO ENRICH OUR EVERYDAY LIVES 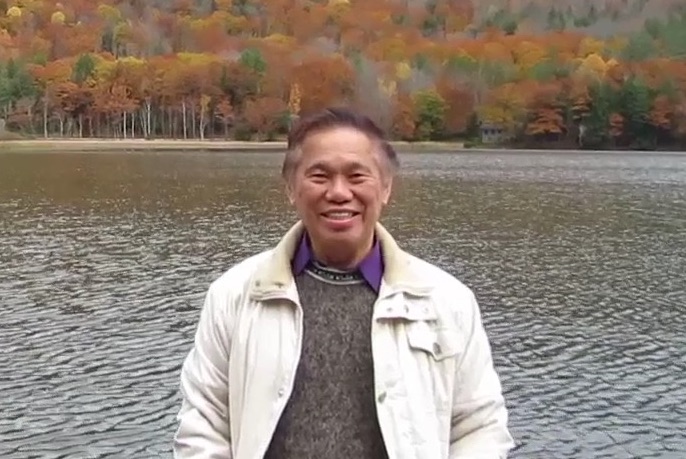 It has been a dream of mine to study kungfu and martial arts in the East under well-versed instructors who use kungfu and other martial arts to enrich their everyday lives. I would also like the chance to experience the culture in these countries and the different and interesting lifestyles.

In your questions and answers I read that it was impractical for you to provide long-term training, but do you know and can you recommend any places where it is possible to gain long-term training which is not just flowery fists and embroidery kicks?

A lot of people have asked me similar questions, but I have not answered them openly.

It is hard for me to answer these questions, not because the answers are difficult but because they put me into a dilemma between telling the truth whereby I would hurt the sensitivities of other people besides making many members of the public think I am boastful and arrogant, or saying pleasant things that most people like to hear but which would make me untruthful to myself. In short, should I tell the truth and be publicly disliked, or betray my Shaolin training and tell lies? I would of course tell the truth.

First, let us clear some confusion. Many people are confused between “kungfu” and “wushu”. I have addressed this topic a few times in this question-answer series. Here I shall give some brief background information.

The West usually refer to Chinese martial art as “kungfu”. But the current Chinese term for martial art is “wushu”. In other words, what Westerners call “kungfu”, the Chinese call “wushu”. For example, “Shaolin Kungfu” in English is “Shao-lin-Wu-shu” in Chinese.

To compound the confusion, the present Chinese government promotes wushu as a sport, and not as a martial art. Consequently, when participants (including masters) practice wushu, they focus on beautiful forms for demonstration, as this is where points are given by umpires in wushu competitions. Wushu practitioners do not train self defence! In other words, modern wushu is what traditional masters would call “flowery fists and embroidery kicks”.

However, some wushu practitioners attempt to remedy this lack of combat efficiency in wushu by introducing free sparring into their art. Free sparring is called “san da” in Chinese. But their attempt at free sparring or “san da” is unmethodical, with the result that it looks much like Kick-Boxing with little or no wushu forms.

With this background information, it is not difficult to understand that “using kungfu to enrich one's daily life” is at best only an ideal, but in practice most kungfu and wushu practitioners are not even aware of this ideal. In practice, the main concerns of most kungfu and wushu practitioners are how to look spectacular in solo demonstration, or how to punch and kick their sparring partners unmethodically.

If you look into what and how they train, this pathetic condition becomes understandable. What they train are mainly external forms and unmethodical sparring. How they train consists mainly of muscular exertion and hard conditioning. There is little or no training of mind and energy. And it is the training of mind and energy, which are characteristic of great kungfu training like Shaolin Kungfu and Taijiquan, that enables the practitioners to use their kungfu training to enrich their daily life.

However — and this is where many people may relentlessly attack us — we in Shaolin Wahnam believe in and put into practice this ideal of using our arts to enrich our daily life. It may become obvious if you look into what and how we train.

We place relatively little emphasis on external forms; what we train are mainly internal force development and combat application. How we train consists mainly of training energy and mind (like energy flow and meditation), and on developing skills (like fluidity of movement and quick decision) in systematic combat application.

What is more significant is that we are consciously aware combat training is not an end itself (actually we rarely fight in real life) but an effective means to develop qualities like abundant energy, mental clarity, courage and righteousness that will enrich our daily life. To put in an hour a day to train how to fight when it rarely ever happens, is a poor use of time. But to train an hour daily to acquire abundant energy, mental clarity, happiness and inner peace here and now everyday of our life for a long, long time is very wise.

As it has been mentioned a few times, we are not concerned whether other people agree with our philosophy or even believe in what we say. What they believe or not believe is their right and prerogative. But for those who share our philosophy and want to benefit from our arts (Shaolin Kungfu, Wahnam Taijiquan and chi kung), we are quite generous in offering our teaching.

The best way to learn from me is to attend my intensive courses in Malaysia. Those who wish to attend my Intensive Shaolin Kungfu Course or Intensive Taijiquan Course (which I only offer if there are sufficient people request for it), need to have some relevant experience. Those who wish to attend my Intensive Chi Kung Course may attend as fresh beginners (or experienced instructors). They can also attend my regional classes which I offer in many parts of the world throughout the year (but which I may offer less in future).

Those who wish to learn our Shaolin Wahnam arts on a long term basis may enroll with our certified instructors. Many of our instructors have produced remarkable results.

If you wish to learn form other masters, you will have to search for them yourself. There are not many today who will teach you how to make your kungfu training enrich your daily life, but if you search hard and sincerely, you will find them.

The above is taken from Question 1 Sept 2004 Part 1 of the Selection of Questions and Answers.

Special Issues of the Question-Answer Series