OPPOSITION I FACED WHEN TEACHING PUBLICLY 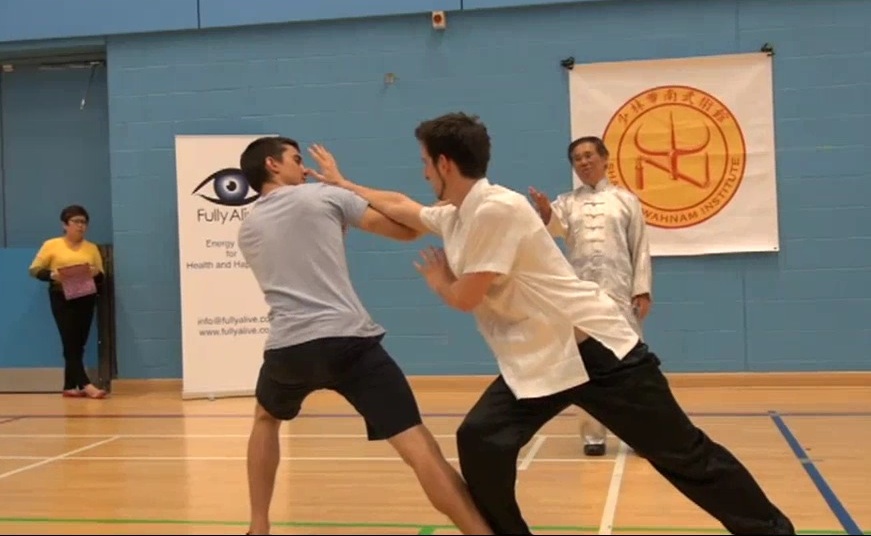 Kungfu is for fighting

Chinese masters are known to be conservative, but you are so generous with your teaching. Did you face any opposition from other masters when you first taught to the public? How did you deal with these oppositions?

Yes, I faced a lot of opposition, especially when I first taught to non-Chinese.

Most of the opposition was behind my back. Some was made in front of me, but still in a polite manner. This was because by the time I taught to the public I was very senior in my lineage as I started learning kingfu as a small boy, and also I had built up a good reputation.

I could handle these oppositions quite easily. I used three strategies, in progressive order.

At that time kungfu masters were in the habit of saying "fatt yeong kong tai", which means "let us spread kungfu and make it prosper everywhere", especially at a time when they felt threatened by Karate and Taekwondo, and following the example of the celebrated Bruce Lee.

So all I had to do was to ask my distracters how they could spread kungfu and let it prosper if they kept its secrets. They often answered that we could teach kungfu forms but kept the kungfu secrets.

I would say that that was not spreading kungfu but debasing kungfu. That was the reason why typical kungfu students were no match against Karate and Taekwondo students. I had to be very careful in stating this fact so as not to hurt the sensitivities of the distracters as they were often the masters guilty of this deterioration.

This usually stopped their opposition, but for the few who still opposed me teaching non-Chinese, I would ask them who the First Shaolin Patriarch was and whether Bodhidharma was Chinese.

On rare occasions where opposition still persisted, I would use my most powerful strategy. I would ask in a pleasant way whether they would want a free sparring with me. I was known to be a good fighter, and this would end all argument. It was not logical, but convention was such that if you could beat them in free sparring, they would not argue with you. After all, kungfu was for fighting.

The above is taken from Question 7 November 2012 Part 1 of the Selection of Questions and Answers.