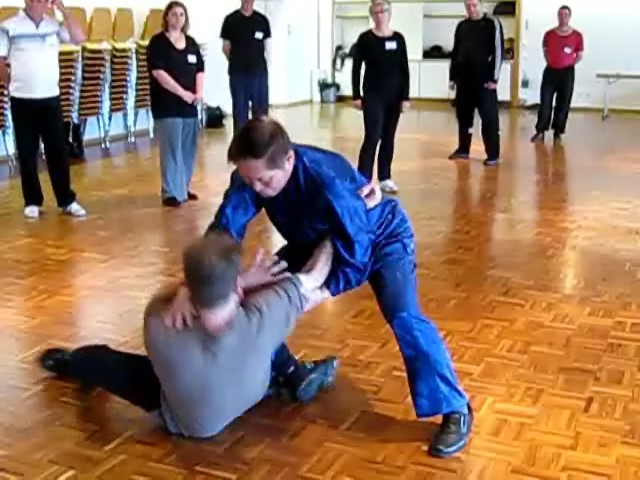 Taijiquan is an internal, martial art; it is not a dance

I have practiced Tai Chi for many years. You have said that Tai Chi is a martial art. I don't know whether we can defend ourselves. We never do any sparring.

But today more than 90% of people who practice Tai Chi Chuan, which they usually shortened to Tai Chi, not as an internal martial art but as an external dance-like exercise. This appears to be what you are practicing. Only a rare minority of Tai Chi Chuan practitioners practice it as an internal martial art. If you have not practiced any sparring, it is unlikely you can defend yourself in a fight.

I asked my instructor whether we could use Tai Chi for fighting. He said it would take many years. I asked why we did not do sparring like in other martial arts. He said it was too dangerous.

What your instructor said is common amongst Tai Chi instructors when students ask them such questions. It is not true that Tai Chi Chuan students would take many years to learn how to fight. In our school, our Tai Chi Chuan students learn combat application within a few months. On the other hand, those who practice Tai Chi as an external dance-like exercise would be unable to fight even if they practice for many years.

Internal force is an essential aspect of genuine Tai Chi Chuan. In other martial arts, like Wing Choon Kungfu, Karate and Muay Thai, practitioners may not have internal force but can still be very combat efficient.

Asking how you know whether you have internal force is an academic question. It shows you have no internal force. If you have, you would know it from direct experience, in the same way that if you are hungry or have an apple in your hand, you will know it.

One sure feature of a person having internal force is good health. But, on the other hand, being healthy does not necessarily indicate that the person has internal force. In other words, while people with internal force are healthy, there are also healthy people who have no internal force. Your Tai Chi teacher is probably an example.

Nevertheless, there are certain signs by which an initiated observer can tell not only whether a person has internal force but also how much internal force he has. These signs include the roundness of his limbs, a small protrusion at his abdomen, the sparkle in his eyes, the volume of his voice, and the steadiness of his walk.