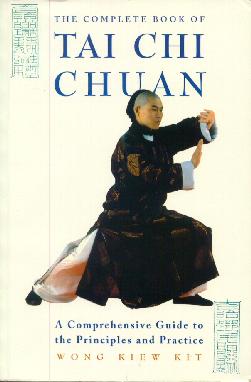 They also said that you disdained at learning from books, but you wrote a book on Taijiquan to teach people.

Although I have not mentioned this before in public, many of our Taijiquan students know my immediate reason for writing “The Complete Book of Tai Chi Chuan”. Many years ago I was excited when someone showed me a video of a famous Taijiquan grandmaster demonstrating combat application. But after viewing it I was very disappointed and sad.

The grandmaster was bouncing about as in Taekwondo and pushing away his assailants clumsily. This was not an impromptu shooting, but a premeditated video specially made to show Taijiquan combat application. It was obvious and shocking to me that this Taijiquan grandmasters not only did not use Taijiquan techniques in his pre-arranged combat application, but also did not understand basic Taijiquan principles!

This prompted me to put my thoughts and practice of Taijiquan into a comprehensive book so that I could share the wisdom of past Taijiquan masters with the public. The result was “The Complete Book of Tai Chi Chuan”.

It is not true that I disdain at learning Taijiquan or any martial art from books. I myself have read and benefited a lot from reading kungfu and chi kung books and classics.

More than 20 years ago I discussed this topic of learning kungfu from a book in my manuscript on Wing Choon Kungfu. I did not offer this manuscript to any publisher, but I hope to do so in the near future.

The above is taken from Question 2 December 2002 Part 3 of the Selection of Questions and Answers.