THE WIDEST SPREAD IN KUNGFU AND CHI KUNG 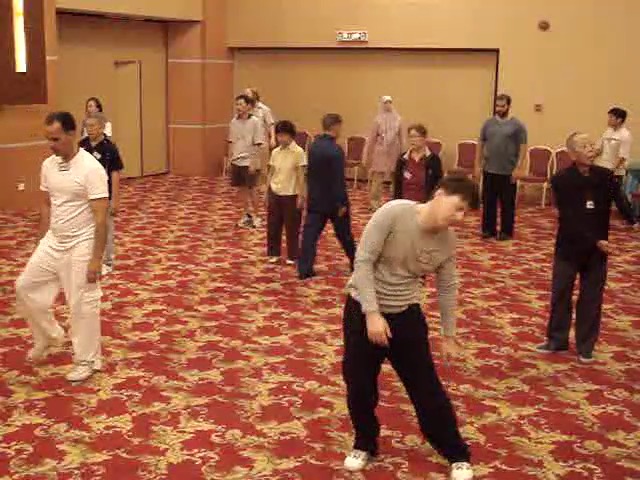 A chi kung class in Penang

I was very excited at first about Southern Siu Lam. Now, because I've only known a lower level of it, I don't know what to think? But, don't get me wrong, Wong Sifu. I still love Southern Style Kung Fu. I am just overwhelmed about what it really is, and to see it in action. I am literally flabbergasted.

Not only I am speechless and overwhelmed, but I am so amazed that you learned from the lineage of Southern Siu Lam. Even in your videos you answer a lot of questions that before were like gaps missing. And they make sense. It seems unbelievable, but the fact is that you are here, you exist, you practice it, and it works. This is what satisfies this feeling of disbelief, your very existence.

A main reason why I established Shaolin Wahnam was my real concern that seeing their rapid degradation, the greatness and wonderful benefits of genuine kungfu and chi kung would be lost to posterity within two generations. There was a real possibility that in future kungfu practitioners would have no internal force and would be unable to use kungfu patterns for combat, and chi kung practitioners would not believe in chi!

But now I know that won't happen. I am very proud of my students. If I were to retire tomorrow, my students would pass on the greatness and wonderful benefits of genuine kungfu and chi kung to posterity irrespective of race, culture and religion.

But the seed of genuine kungfu and chi kung has been sown in Shaolin Wahnam. These wonderful arts will not be lost to posterity.

I would like to tell you one of the many wonderful benefits of chi kung which we share with the world. I just returned home after conducting a three-day personalized chi kung course. On the first day an elderly gentleman attended my course in a wheel-chair, accompanied by his wife. The chi kung healing was so effective that on the second day he could run! Then, acting on my advice, he and his wife went to town for shopping -- of course without the wheel-chair.

His wife also attended my personalized chi kung course a few years ago. She suffered from Parkinson's Disease. After the course the so-called incurable Parkinson's Disease was gone. Wouldn't it be a great pity if such wonderful benefits were lost to posterity?

The above is taken from Question 6 September 2011 Part 2 of the Selection of Questions and Answers.