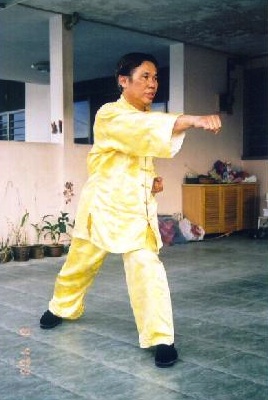 Would attending the Tai Chi Chuan Intensive course or Hsing Yi course detract my focus of going deeper in Shaolin Kung Fu in any way?

For other people, yes; for us, no.

Why is it that for other people, practicing another art will detract from their main art, whereas for us it will enhance?

It is because we can benefit from breadth and depth, whereas for other people the different arts cancel each other's benefits.

Why is this so? The main reason is chi flow. There are other reasons like we understand the underlying philosophy, have basic skills, are flexible and have positive transfer, whereas other people don't.

Let us take a very simple example. In Xingyiquan the Santi or Three-Body Stance is frequently used. It is somewhere between the Bow-Arrow Stance and the False-Leg Stance.

In our case, this extra stance is an advantage. When the situation warrants it, we may use a Santi Stance in a Shaolin pattern instead of its normal Bow-Arrow Stance. For other people, this stance becomes a distraction. It may affect their Bow-Arrow Stance that its form may not be perfect resulting in setbacks. 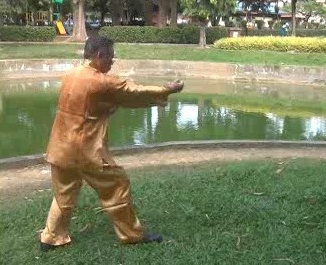 Serpent Spirals through Water of Xingyiquan

The question and answer will be posted in the Question-Answer Series, but due to a long waiting list will only appeal in the December 2013 Part 1 issue.