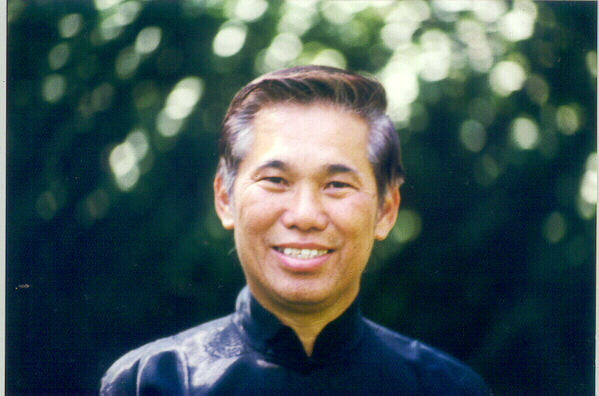 Good health is our first priority

I will be starting qigong with a qigong school in Singapore. I noticed that the Chief Instructor has quite listless eyes. From your website, I learn that those who have attended your courses are filled with vitality and zest. Shouldn't a qigong practitioner have lively sparkling eyes? Please pardon me if I am making a silly assumption.

Another reason is that they do not really practice qigong, though they honestly think they do. Actually they only practice external qigong forms. A third reason is that they have mis-used the internal force developed from their qigong practice. This seems to be the case with the Chief Instructor you mentioned.

He and other instructors demonstrated some qigong feats like breaking bricks with just a tap (he called it internal jing) and pressing sharp objects against their bodies. I tested all the bricks and weapons myself so I am sure they were not tricks.

However, when he demonstrated his Repulsive Force (several senior students attacked him with internal force and all got repulsed and thrown back), he was visibly panting. Also, after he performed a Taiji set, he was also panting. He said he had exerted a lot of internal qi doing these.

In my ignorance I do not know whether this is correct. You have described your kungfu students as feeling more energetic after a session rather than exhausted. By comparison, I am not sure if this Chief Instructor is a true master.

Internal force performs three important functions, namely to maintain life, to enhance life, and to produce better results whatever is attempted. The Chief Instructor and the other instructors chose to use the internal force derived from their qigong training for the third function, i.e. to break bricks, to withstand sharp objects against their bodies, and to repulse attackers. And they did them impressively.

Hence, for those who are in pain or sick, the internal force derived from qigong training is first used to overcome their health problems so that they will be free from pain and illness. Then the energy from internal force nourishes their organs and systems so that they have excellent health. This is the function of maintaining life. This also explains why our students have sparkling eyes and rosy cheeks.

Next, our internal force is used to enhance life. This can be manifested in countless ways. For example, previously when our students were caught in a traffic jam, they were impatient and grumpy, now they sit back and watch life pass. Previously, when they returned home after work, they were dead tired, now they still have energy to enjoy the evening with their family.

My kungfu students feel more energetic after their training sessions because we practice our kungfu (both Shaolin and Taijiquan) not as external kungfu forms but as qigong. In other words, we use our kungfu forms not just for combat but as techniques to enhance our energy flow and increase our energy volume, just like other techniques such as “Lifting the Sky” and Abdominal Breathing. We also regulate our breathing so that even though our movements are fast and vigorous, our breathing remains deep and slow. In this way, we do not pant for breath after a set practice, sparring or any performance.

The Chief Instructor you mentioned is a true master of his art. But his philosophy, training methods and applications of his art are different from ours. He has a lot of internal force, but he channels it for demonstrations, with little energy left to nourish his internal organs. Hence, his eyes are listless. He probably does not know how to co-ordinate his breathing with his movements in his Taiji demonstration. Hence he was panting.

The above is taken from Questions 5 and 6 June 2004 Part 3 of the Selection of Questions and Answers.